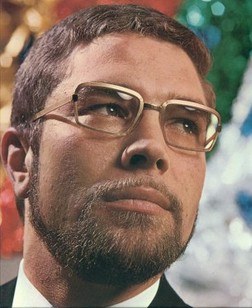 Horst Jankowski was a seemingly inexhaustible composer of easy listening instrumental and space age pop who started out as a classical pianist. Comparisons are often noted between Jankowski and campy space age pop arranger and composer Juan Garcia Esquival, easy listening arranger and composer Bert Kaempfert, and easy listening arranger Ray Conniff. A student of the Berlin Music Conservatory, Jankowski moved on to performing jazz at German nightspots. For a time, he led the band that backed jazz vocalist Caterina Valenti. In addition to conducting, the Berlin native composed for his country’s equivalent of Muzak. Jankowski’s “A Walk in the Black Forest,” alternately known in Germany as “Eine Schwarzwaldenfahrt,” was popular in the 1960s. That popularity helped him land a record deal. Mercury released a number of Jankowski’s albums. By the 1970s, Jankowski shifted more heavily to jazz and he did not receive as much airplay in the U.S. as he had previously. Albums from this period include his jazzed-up versions of the day’s popular numbers, including “Light My Fire.” These covers can be found on the Black Forest Explosion! compilation. Jankowski possessed a rather distinctive style of piano playing, which some have likened to banging on the keys. A sample of this can be found on his solos. Other recordings include collaborations with jazz ensembles, among them that of clarinetist Rolf Kuhns. – from allmusic