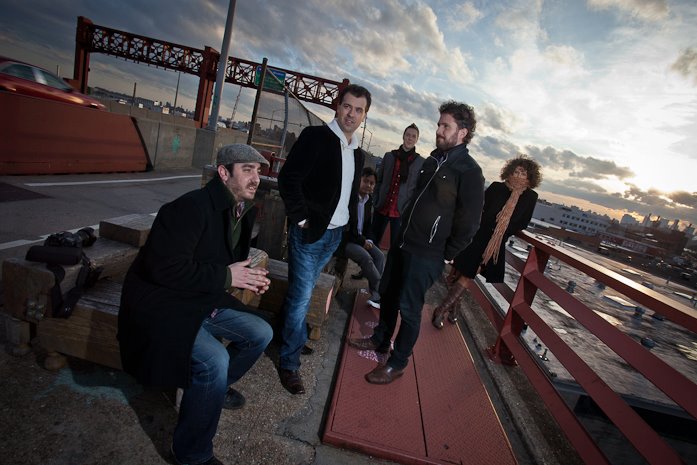 A six-member jazz ensemble specializing in the Gypsy jazz sound made famous by guitarist Django Reinhardt, the Hot Club of Detroit (the group is based in Detroit, Michigan, obviously) were formed in 2003 by Reinhardt disciple and virtuoso guitarist Evan Perri while he was attending Wayne State University. The group quickly became a favorite in area bars and clubs and signed with Gretchen Valade’s local Mack Avenue label, releasing the self-titled Hot Club of Detroit in 2009 to much acclaim, following it with a full-length sampler, Night Town, that same year. It’s About That Time, which expanded somewhat on the band’s Gypsy jazz base to include other strains of jazz, appeared from Mack Avenue in 2010. In 2012, the Hot Club of Detroit returned with Junction, featuring saxophonist Jon Irabagon and vocalist Cyrille Aimée. from allmusic