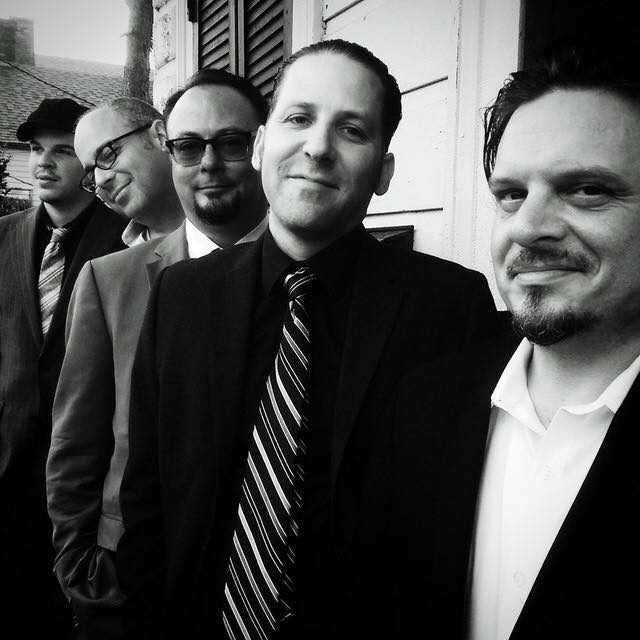 So these guys, the Hot Club of New Orleans, have challenged themselves with an awesome task: take the swing era music of Duke Ellington, Django Reinhardt, and Stephan Grappelli (among others), retain the classic groove, avoid sounding like a museum piece and then infuse it with their own modern sensibilities. Well, the ﬁrst thing is these guys can all swing like mad. And they’re not a bunch of stuffy old “moldy ﬁgs.” But they do love this music-you can tell in their passionately delivered solos and the sly vocal readings. And, with two guitar players and an upright bass, they deliver the goods you’d expect from one of the swingingest drummers in New Orleans-but in keeping with the classic format of this music, there is actually no drummer… The Hot Club of New Orleans excels at generating that warm, swinging drive that Django Reinhardt was famous for and at the same time transcends the idiom by eschewing blind obedience to stylistic conventions; in other words the solos are modern, kids. They play a somewhat laid-back yet exuberant groove, typical of New Orleans; yet they are so tight and swinging, their solos so driving, at times they seem almost superhu- man. Clarinetist Christopher Kohl is the always affable spokesmodel of the group and violinist Matt Rhody’s singing is always a special treat. from frenchmenstreetlive.com