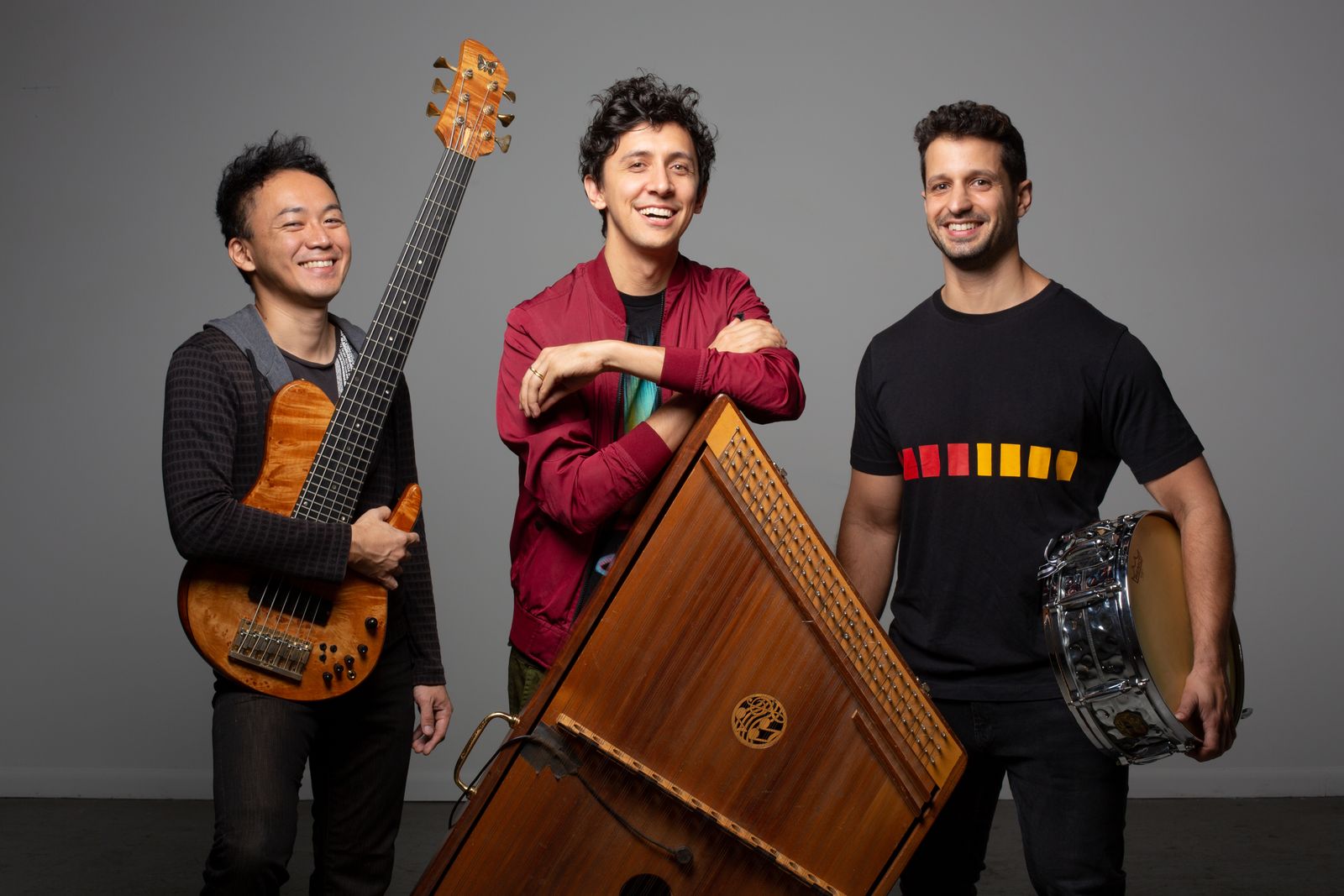 “In today’s world, there are no musical boundaries,” says Max ZT of ‘House of Waters,’ a trio that makes those words come alive as they incorporate elements of West-African, jazz, psychedelic, indie rock, classical and world music into their astonishingly unique sound. Five years after their groundbreaking Revolution, House of Waters now returns with its eponymous follow-up. “Our music is a constant melting pot, which is so relevant to now,” says Max. “It’s like that last D’Angelo record or Kendrick’s Butterfly…you know, that wasn’t just rap, or hip-hop, or jazz, or soul, but it had all of that. It’s an amorphous thing. It’s how the future is going to be.” Moto agrees: “We always just say what we do is ‘good music.’ If I need to say something to someone who’s never heard of us, I just say, ‘Please come to our show!” House of Waters’ music is both complex and easy to enjoy, a musical exploration that invites listeners to open themselves to new sounds. One of those sounds is that of Max’s instrument, the hammered dulcimer, a percussion/stringed instrument that takes years of study and spans dozens of cultures around the globe. Most often associated with traditional American and Irish folk music, Max has taken the instrument in entirely new directions. “I’ve been playing it since I was 7,” says Max. “And my folks reminded me I first fell in love with it when I was 2: I saw it performed at an exhibit opening, walked up to it, sat underneath and just listened to it for hours.” Moto had a similar experience with the 6-stringed bass and it has defined his life ever since. His study of Western Classical music, Japanese traditional music and the African inspired musical sensibilities of South America, coupled with his undeniable virtuosity, adds a breath-taking element to the group’s total sound. Luke studied with the legendary Hamza El Din, while Max studied with traditional musicians in Senegal and continues to learn from Pandit Shivkumar Sharma, India’s master of the santoor (an ancestor of the hammered dulcimer.) “That experience,” says Max, “opened me up to a whole separate world of traditions and philosophical thought.” Joining forces has given each artist an opportunity to stretch their chosen instruments, to take risks to expand both the music and themselves. In the process, audiences cannot help but be thrilled by the enormity of their sound. The album House of Waters marks the band’s first record for GroundUP, the artist-friendly label started by Snarky Puppy’s Michael League. “There was a lot of mutual respect and interest there,” says Max. “I think we bring something unique to their roster.” He laughs. “Not a lot of dulcimer trios out there.” Their GroundUP debut is a broad, cinematic piece, ranging from the slow burn of “La Semana,” to the grand “Patience” and—a first for the band—a beautiful vocal assist by Priya Darshini on album standout “Hamza” Moto picks “Francesco” as his favorite. “That song was my first time writing parts for classical music styles and instruments in the band,” he says. “And the song goes full arena rock at the end: I’m happy how we could connect delicate/complicated and hard/simple aspects with both organic and modern sound. Also, Max’s solo in the middle is killer.” The album’s first available track, “17,” encapsulates the record’s complex nature. “It’s a time signature: 17/8,” says Max. “It’s definitely odd, but we played at this traditional folk festival and people lost their minds! It’s a pretty rockin’ loud, aggressive song in an odd meter that hasn’t really been heard in the West. It’s fun, fast energy, and it plays into our virtuosity.” But to truly experience House of Waters, see them live. “It’s the benefit of this band’s versatility—we fit in so many different fields,” says Max. To that end, you might experience the band at any number of huge jazz or folk fests. Possibly at an Indian classical show. And maybe opening for the likes of Pt. Ravi Shankar, Snarky Puppy, Jimmy Cliff or the performing arts ensemble KODO. With musical and cultural influences that stretch from India and Senegal through Ireland and the heart of New York City, you have, as one critic noted, “The most original band on the planet.” from www.houseofwaters.com