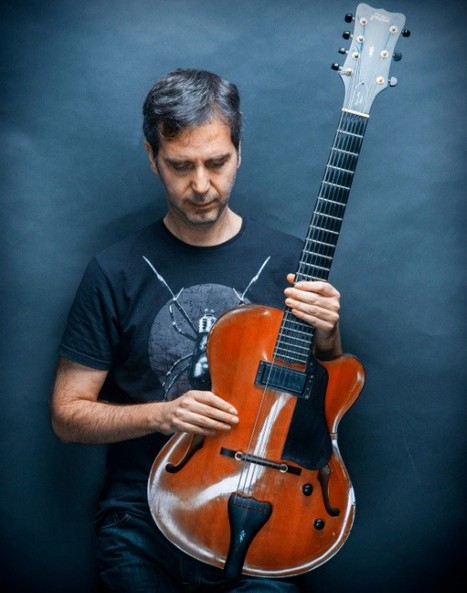 Hugo Fernandez moved to Madrid in 2006 after spending his entire life on the American Continent. He graduated from Berklee and holds a Masters degree in Jazz Performance from the University of New Orleans. His band has performed at many Mexican and Spanish jazz festivals, including Mexico’s “Palacio de Bellas Artes”, the “III Festival Jazz-Mex”, and “XIX Festival del Centro Historico”, as well as jazz venues like Zinco Jazz Club and Bogui, Clamores and Snug Harbor, Jazz Corner, and Jazz Corner. His sideman work includes Celia Mur, Cordelia and Arturo Mora. His second album, “Cosmogram”, (2015), is his second as a leader. It shows his passion for composition. His music is a mix of jazz, classical, rock-pop, and ethnic sounds. His recorded music and live performances are characterized by a wide stylistic range that creates a unified mood and atmosphere. I try to be free from any preconceived notions of how a jazz quartet should sound. I write music that is inspiring to me, and then perform it to make it sound as natural or alive as possible. His Quartet is a multi-cultural group that suits his needs. Ariel Bringuez, great cuban saxophonist (Irakere u0026 Chucho Valdez), has a rich and smooth sound that recalls Joe Henderson and Joe Lovano. Antonio Miguel (Gerardo Nunez, Benedikt Janhel), is an experienced Spanish bassist who is first choice for many flamenco and Spanish musicians. Antonio Sanchez, a drummer extraordinaire (Pat Metheny and Michael Brecker), brings his power, creativity, and drive to lift the music. from http://originarts.com