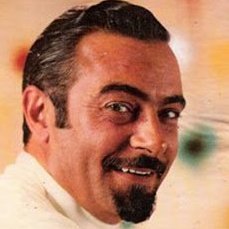 Hugo Montenegro was an arranger, composer, and conductor. He is best known for his film work in the 1960s, as well his adaptations of films scores like The Good, the Bad, and the Ugly. Montenegro started his musical career with the U.S. Navy where he arranged music for various military bands. He then attended Manhattan College and began a career in professional music. Montenegro started out as the Columbia Records staff manager for Andre Kostelanetz. This eventually led to him being a conductor/arranger for many of the label’s artists including Harry Belafonte. Montenegro began making his own albums with easy-to-understand orchestral music in the middle of the 1950s. Montenegro was born in Montenegro and moved to California in mid-’60s. He began writing film scores in 1967 with Otto Preminger’s Hurry Sundown. Ennio Murricone wrote the theme for The Good, the Bad, and the Ugly that Montenegro recorded the same year. The single featured a chorus, electric guitars, special effects and a song that reached number one in the U.K. It also reached number two in America. Internationally, it has sold more than a million copies. A compilation titled Music From “The Good, the Bad and the Ugly”.