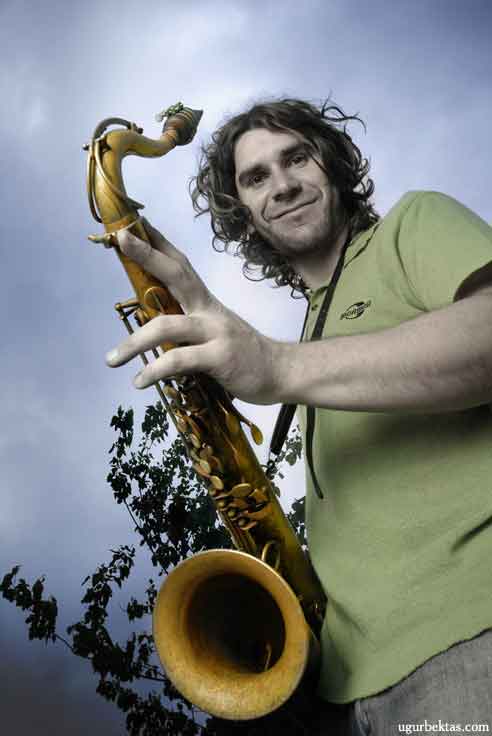 Ilhan Ersahin was born in Stockholm to Swedish parents and raised mostly in Turkey. He fell in love jazz as a child and moved to the U.S. to pursue a career in jazz saxophonist. After studying at the Berklee College of Music, Boston, Ersahin moved to New York in 1983 to live with Joe Lovano, his saxophonist. Ersahin’s influences on the tenor are John Coltrane, Joe Henderson, and soon he was gigging regularly in Manhattan. He has performed with jazz trumpeters Eddie Henderson, Wallace Roney, and pianist George Cables, and bassist Ben Allison. In the late 1990s Ersahin had already recorded two albums, She Said 1996 for the Turkish Pozitif record label and Home on Golden Horn 1997. Ersahin stated that Middle Eastern culture had more influence on his music than Scandinavian, and it is not surprising that the influence of Turkish music has contributed to his live performances and CDs. Ersahin, through his side project Wax Poetic (electronica, jazz, and Middle Eastern elements) explored club and dance music in 1998. Allmusic