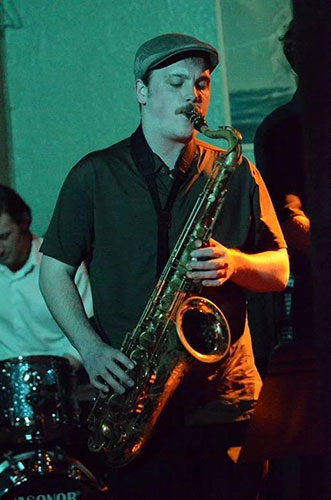 Christensen is a musician who is committed to improvisation in all its forms. He is an open-minded risk-taker, from the interactions between his talented ensemble members to his melodic construction that avoids cliché, and even his musical composition. Maybe it was his jazz heritage, which is deeply rooted in Portland’s legendary jazz teachers like Randy Porter, Thara Memory, or Alan Jones. Perhaps Christensen took cues from his New York teachers, including pioneers like Ben Street, Chris Speed and Bill McHenry. Whatever the reason, it’s clear that Christensen is able to communicate the jazz language in a way few other artists of his generation could. http://pjce.org