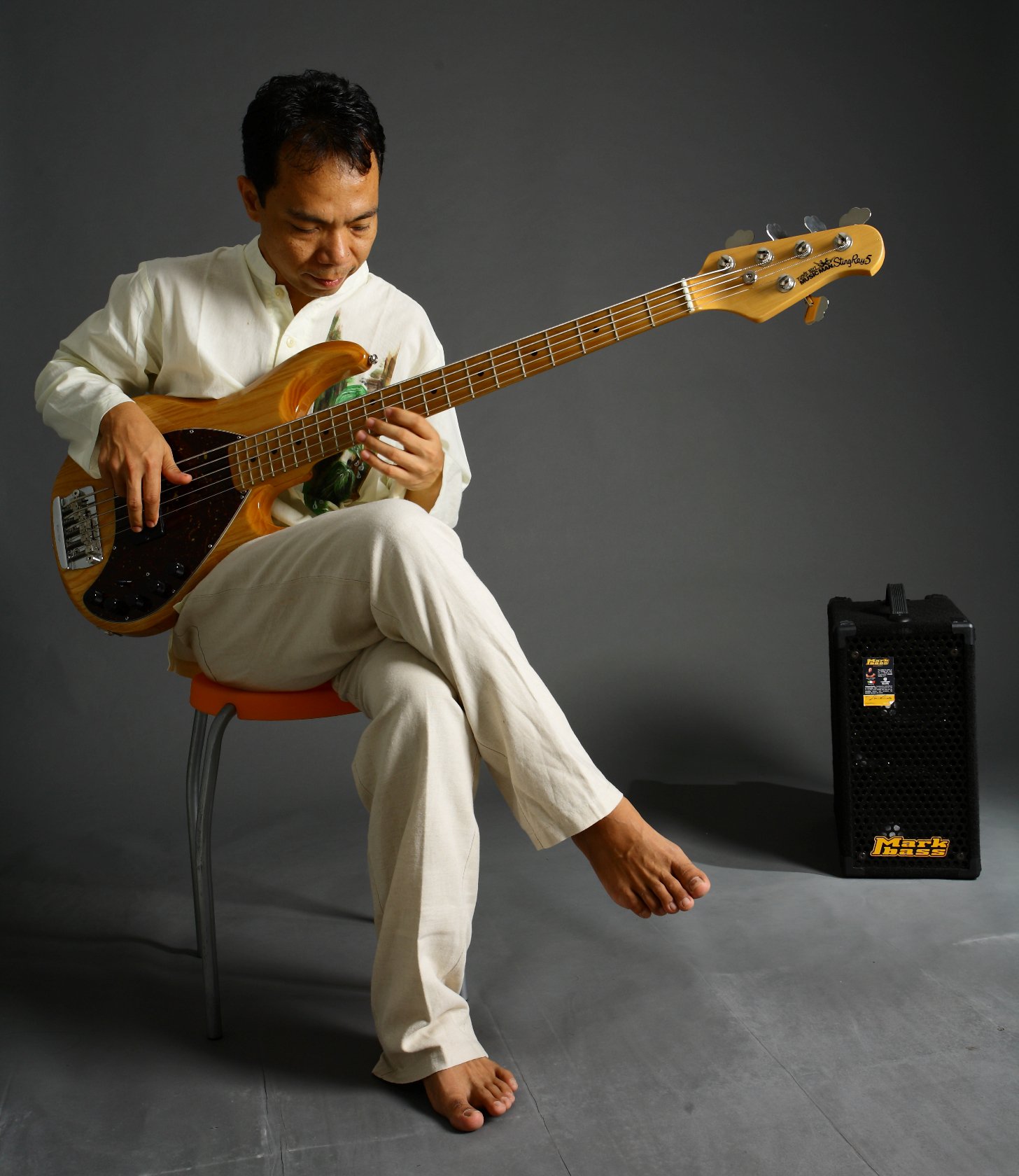 Indro is Indonesia’s top bassist. He is also a solo artist and educator. Eric Marienthal and Victor Wooten are some of his collaborators. Born in Jakarta in 1968 and inspired by his brother Manto in music, Indro Hardjodikoro began making music in the third grade. He began to learn by himself and joined a vocal group that percussionists. Then he started playing the guitar and harmonica. He then moved to bass. He was inspired to play double bass when he met Bintang Indrianto. However, he continued his studies with Erwin Gutawa, Indra Lesmana and Maryono, saxophonist Maryono. Tohpati Ethnomission (PMMC) was Indro’s friend and he formed Halmahera. They have worked together on numerous projects and recordings, including Simakdialog. Indro also recorded and played with Earth Music (with Australian drummer Ron Reeves and Indra Lesmana), Cendi Luntungan, and saxophonist Arif), as well as many top singers from Indonesia. He brings his own style to a variety of music. Indro is the most popular bassist in Indonesia. He is often seen on television, Indonesian Idol and other music programs. He has performed with many of the major orchestras in Indonesia including Adi MS in Twilite Orchestra and Erwin Gutawa. He also played in the Dwiki Dharmawan Band, both in the US, China, and Dwiki’s World Peace Orchestra (with Andy Suzuki and Steve Thornton), Sadao Watanabe and Roger Burns, and Tolak Alulstead. Eric Marienthal toured Indonesia in 1997 with Indro. He has also worked with international musicians such as Kenny Garrett and Michael Lington. Victor Wooten taught him rhythm and groove and he has also performed with Herbie Hancock and George Duke. He recorded with Ernie Adams and Frank Gambale, Sheila Madjid and Bob Sheppard. Indro released “Feels Free”, his debut album. It also features Demas Narawangsa and Lal Intje Makkah as well as Tohpati, Oele Patiselano, Irfan Chasmala, and Tohpati. Indro is an active educator. He teaches privately and teaches master classes. Indro is also the head of the Bass Department at Institute Music Indonesia, the first institute for contemporary music in Indonesia, which was established in 2001. From www.markbass.it