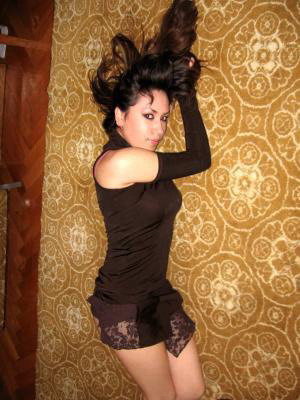 Luiza Irina Popa, a Romanian singer, was born February 13, 1988 in Galati. She won the trophy at Mamaia Music Festival 2008. At five years old, she was a member of Strumphi Group’s Kids Club. Her first audition at Nae Leonard theatre allowed her to perform in her first show. She won the first prize in the festival “Unknown Constellation”, Vaslui in 2003, and she also won the Trophy for festival “Mini-Mega-Star” in Braila in the same year. She won the Amara festival in 2004. She filmed a clip for Silent Night in 2006 and appeared on the Christmas compilation “Cantecele für bradut”. Marian Proca and Stefan Baiatu strongly supported Irina, inviting her to perform in local blues and jazz shows. Alexandru Jula was another supporter. He had faith in her talent, and invited her to appear on his show ‘Alexandru Julya and friends’. Irina Popa was awarded the Trophy of the Mamaia Festival and the Media Award in 2008. She managed to get the highest score of the judges with the song “For Your Love” by Adrian Ordean. Irina Popa, a vocalist for Amadeus in 2009, sang “Love in Sicilia”, the “Bailando Con Migo” song and “Blue Eyes”, from their album “24 Hours”. Irina recorded “The Dream” an electro-jazz album in 2011 with Cornel Cristea (longtime collaborator, friend). The Irina Popa Quartet, Cornel Cristei – piano; Virgil Popescu – bass; and Titi Sherescu – drums), performed at the Sibiu Jazz Festival 2012, Romania’s most renowned Jazz Festival. She performs songs by the Bass Production team (composers Sebastian Crayn, Andre Rizo, Ciprian Blaga, and Cornel Cristea), while others are covers of international standards.