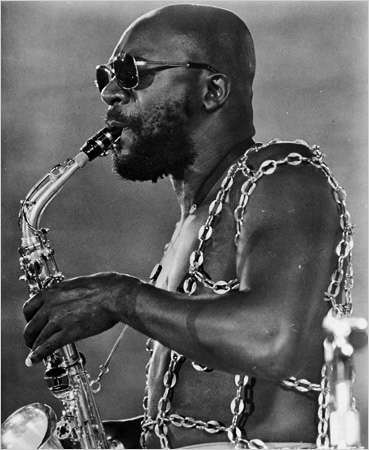 One year after being inducted into the Rock and Roll Hall Of Fame and making a famous move back to Memphis, Isaac Hayes’ public image is gaining momentum with a momentum often associated with visiting royalty and teenage popstars. Hayes, who is the coronated King in the Ada coastal region of Ghana in west Africa, is actually resident royalty for more that a decade. He is also a member the Royal Family. He built an educational facility measuring 8,000 square feet through the Isaac Hayes Foundation (IHF) instead of a palace. He is the only King of earth to have an Oscar, Grammy award, #1 gold records, voice on animated tv series, radio show, two restaurants and a best-selling cookbook. His five-hour radio show on WRBO Soul Classics 103.5FM is still the top-rated in Memphis in its third year. The new slogan for Memphis is “Memphis: Birthplace of Rock ‘n roll, Home of the Blues” and it’s reflected in the Smithsonian Memphis Rock ’n Soul Museum, which is the first permanent exhibition of the institution outside of Washington, DC, New York. Hayes was the chief guest at the opening ceremonies of Soulsville: The Stax Museum of American Soul Music. This $20 million redevelopment project is being held on May 2. It is situated at 926 East McLemore Avenue. This address was the original, revitalized site of the record label where Hayes started in 1962. He was also a key fundraiser for the Stax Music Academy, which is a facility where he will teach and develop future Memphis musicians. You’ll hear a number by one of the stars from Only The Strong Survive, which debuted on May 9th, D.A. Pennebaker’s tribute film to Hayes, and his contemporaries Sam Moore (of Sam)