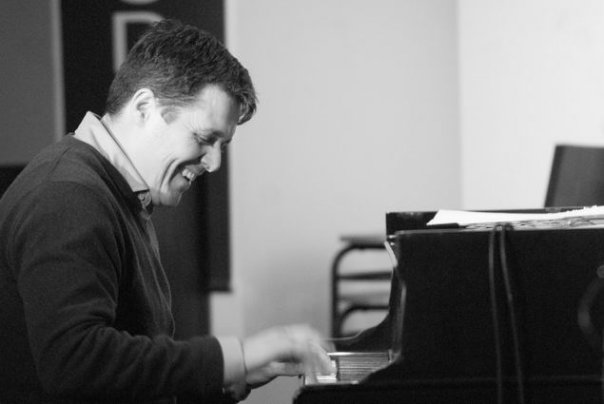 After years of playing in many bands, Ivan Farmakovsky is now a well-known bandleader. Ivan Farmakovsky, who has been able to support almost every Russian jazz star on tour since the late 90’s released Next To The Shadow, an album of original songs. He assembled an international group of Ryan Kisor (trumpet), Igor Butman (10or saxophone), Ugonna OKegwo (bass), and Gene Jackson (drums) for a recording in New York. The critically acclaimed Next To The Shadow was published in 2009 by Boheme Music in Russia and digitally by Jazzheads in America. Farmakovsky was born in Moscow in 1973. He was raised in a musical family and graduated from the Russian Academy of Music, which has provided the best jazz education in Russia for the past quarter-century. Farmakovsky was awarded the Rostov Jazz Competition in 1994, which is the largest contest for young Russian performers. In 1997, Farmakovsky received a similar award at the Europe Jazz Contest in Belgium. It was a major step for Farmakovsky to be accepted into Igor Butman’s quartet and Big Band. He was part of the band and had the opportunity to perform in front American and Russian presidents Bill Clinton and Vladimir Putin in Kremlin Hall. Ivan Farmakovsky recorded his second album in 2009 with Donald Edwards of Mingus Dinasty as drums, and Anton Revnyuk and Dmitry Mospan as bass. The Way Home album, which features original songs by Farmakovsky and Mospan as well as Farmakovsky’s arrangements from Russian folk songs and Soviet songs, was praised for its sensitive teamwork and unique approach to mainstream jazz. In 2010, Ivan Farmakovsky realized a long-held dream and recorded a trio album featuring two of the most outstanding American jazz musicians, Jack DeJohnette on drums and Christian McBride on bass. The recording, which was also recorded in New York, was based on Ivan’s originals and arrangements from Soviet music. It was an extraordinary combination of the melodic richness and spirit of American jazz performed by its greatest representatives and Russian music. from http://farmakovsky.com