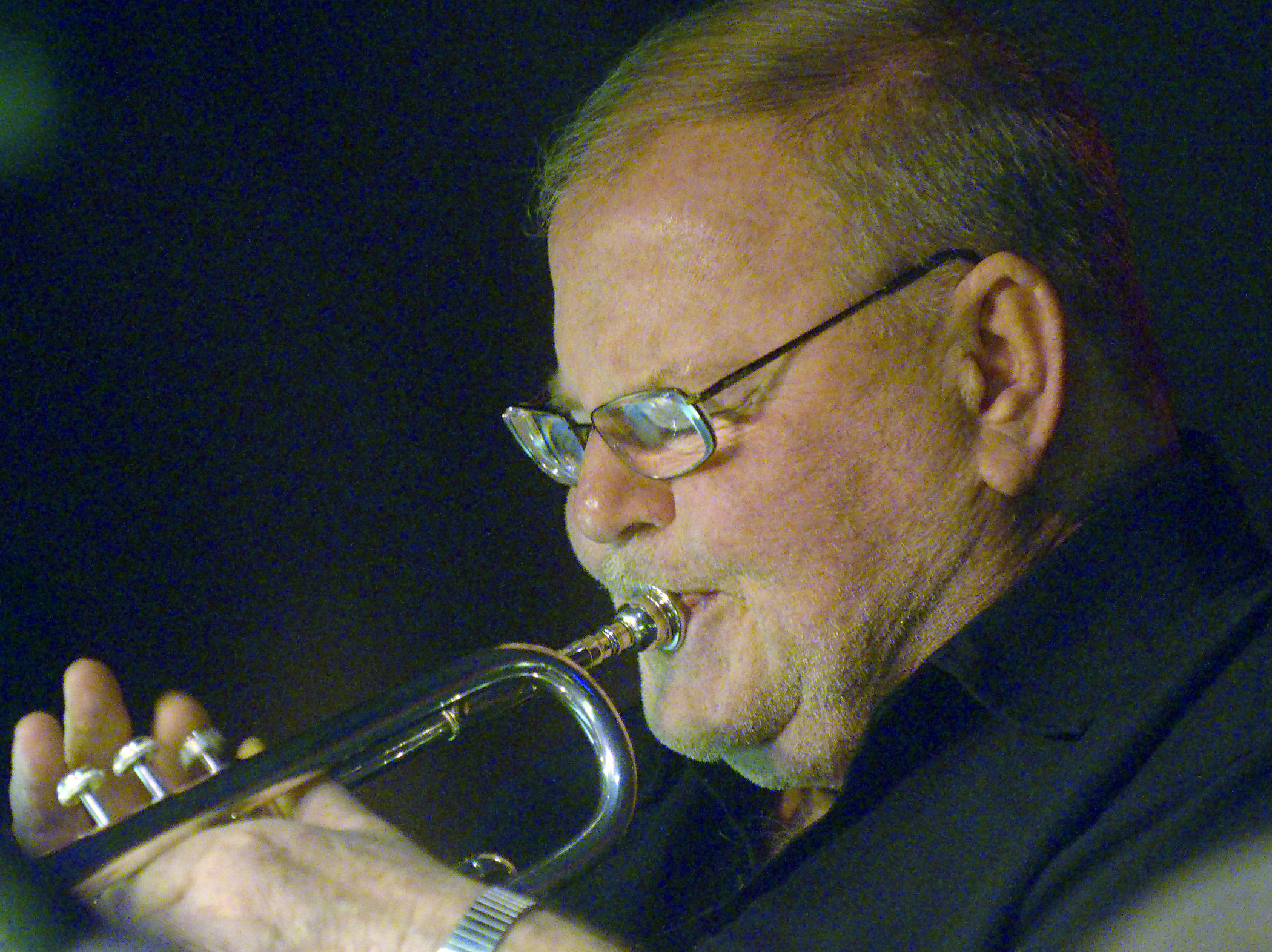 Jack Sheldon, November 30, 1931 – January 27, 2019, was an American bebop, West Coast jazz trumpeter, singer and actor. He was a trumpet player, the music director for The Merv Griffin Show, and also the voice on many episodes of Schoolhouse Rock’s educational music television program. Sheldon was born in Jacksonville Florida, United States. His participation in the West Coast Jazz Movement of the 1950s made him famous. He recorded and performed with artists such as Stan Kenton and Art Pepper. Sheldon performed on The Merv Griffin Show as a singer, trumpet player, and performer. For many years, he was Griffin’s sidekick. Before joining Griffin’s show he was the bandleader of The Las Vegas Show, which was short-lived. Perhaps his best-known work is Schoolhouse Rock! Cartoons from the 1970s such as “Conjunction Junction”, and “I’m Just a Bill” He was the Sensitive man in Johnny Bravo’s one-episode. In the episode, he sang songs similar to Schoolhouse Rock! style. Sheldon was back at Schoolhouse Rock! The Schoolhouse Rock episode, titled “I’m Going to Send Your Vote To College”, was released in 2002. It explained the electoral college process and was distributed on the series’ DVD collection the same year. Sheldon performed the trumpet and sang in the new segment. Sheldon was the voice of “Louie the Lightning Bug”, an animated series of public service announcements that promoted safety with electricity. The “Louie the Lightning Bug”, videos were updated in 2001 with new voice-overs from Sheldon, and new music tracks by Mark Harrelson. Ray Reach updated the musical arrangements. The tune “King Putt”, which he sang for The World According to Goofy Parade, Disneyland, lasted five months in 1992. His trumpet solo is featured in the Francis Ford Coppola film One from the Heart (1982). Sheldon plays trumpet on several tracks of Tom Waits’ 1977 album Foreign Affairs, including the solo at “Burma Shave”. Sheldon was a guest star on CBS’ 1964-1965 season of The Cara Williams Show. He starred alongside Frank Aletter and Cara Williams. Williams and Aletter were playing a couple who tried to keep their union secret as their employer forbade them from working together. Sheldon was a star in 16 episodes of his CBS sitcom, Run, Buddy, Run. He played Buddy Overstreet, a young accountant who takes a steam bath and overhears a plot to murder a colleague. Then he goes on the run to avoid being killed. Bruce Gordon, who was formerly from The Untouchables, played “Mr. D” the mobster. He appeared on numerous episodes of Dragnet, 1967-1970. He was also John Davidson’s brother and Sally Field’s sister on The Girl with Something Extra (1974). He performed live on the Hit Talk Show in 2004. Sheldon was featured in the Oscar-nominated documentary Let’s Get Lost, which focuses on Chet Baker’s life. He was the voice of Ruffles Reedy the demented trumpet player who is made a victim by the horrific happenings on a 1939 radio program. Sheldon performed one version of the title song from Robert Altman’s 1973 film The Long Goodbye. Although his version was supposed to be singled, it was never released. A documentary about Sheldon, Trying to Get Good: The Jazz Odyssey of Jack Sheldon (2008), features Sheldon. Penny Peyser and Doug McIntyre produced the film. It features interviews with Clint Eastwood and Billy Crystal as well as footage from Sheldon’s concerts singing, dancing, and laughing. Trying to Get Good was awarded Jury Prizes at both the 2008 Kansas City Film Makers Jubilee, Newport Beach Film Festival and Audience Prizes at Newport Beach International Film Festival. Sheldon parodied himself in “I’m Just a Bill”, in an episode of The Simpsons called, “The Day the Violence Dies”, in which he is an “amendment too be”. In two Family Guy episodes, he reprised his roles of the Conductor and Bill from “Conjunction Junction”. From Wikipedia