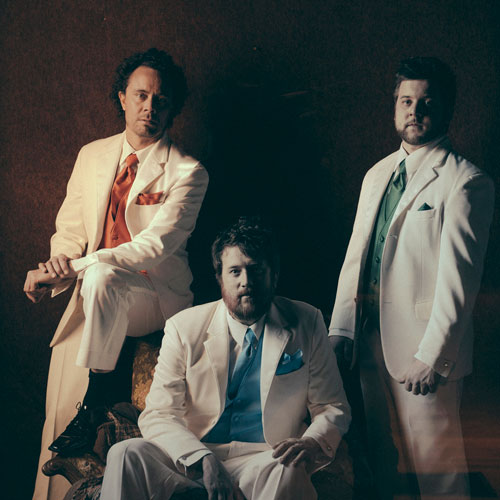 While navigating 20 years, 16 members, 25 albums, and countless tours around the world, Jacob Fred Jazz Odyssey has become an institution in modern music. Defined by evolution and change, the band has invented it’s own language, one which permeates JFJO’s sound regardless of configuration. Though there is no Jacob or Fred, the last 20 years have been a Jazz Odyssey. Beginning in Tulsa, OK in 1994 as a funky octet with MCs and horns, JFJO became an instrumental trio in 1999, a quartet in 2007, and expanded to a 9-piece ensemble for 2011’s acclaimed “Race Riot Suite.” Celebrating their 20th anniversary in 2014, this year finds the band returning to the trio setting with two new albums on the revered Brooklyn record label, Royal Potato Family. For Record Store Day, JFJO offered “Millions: Live In Denver,” a seven-track live recording which was captured during two packed shows at Dazzle Jazz in Denver. It features new arrangements of old fan favorites from throughout the band’s history. Available exclusively as a limited edition LP, the pressing sold out day of release. On October 14, 2014, JFJO will drop “Worker”, a brand new collection of songs that defy expectation. With Brian Haas on acoustic piano/Fender Rhodes/bass Moog and synth, Chris Combs on electric guitar/lap steel and synth, and Josh Raymer on drums, JFJO is making the most modern and immediate music of their career. from http://www.jfjo.com