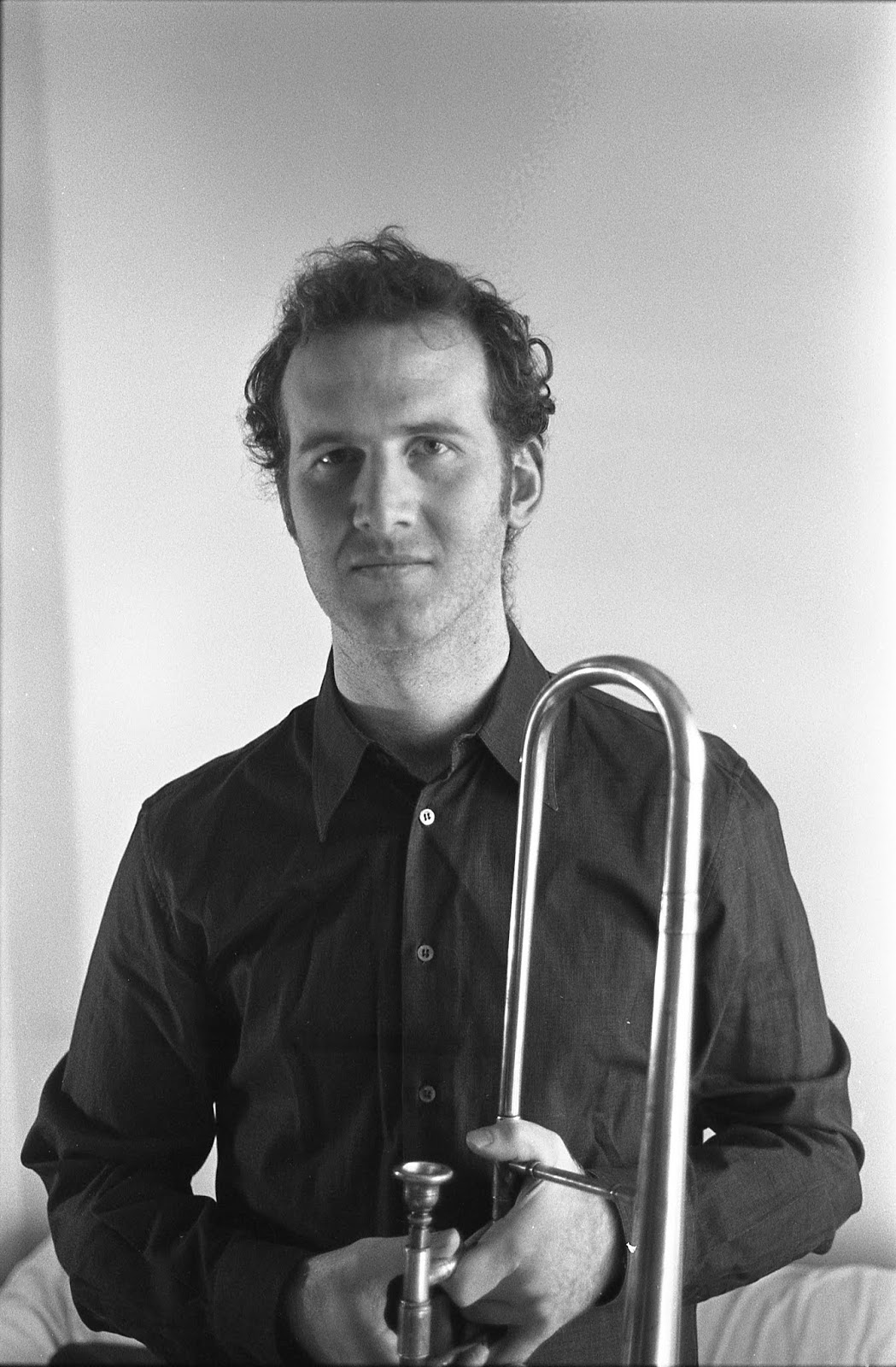 Jacob Garchik, multi-instrumentalist, composer, and arranger, was born in San Francisco and has lived in New York since 1994. He is comfortable in many musical styles and roles and has been a key part of NYC’s Downtown and Brooklyn Scenes. He plays trombone with the Lee Konitz Nonet and Ohad Talmor/Steve Swaallow Sextet as well as the Four Bags, Slavic Soul Party and the John Hollenbeck Large ensemble. Jacob has contributed many arrangements and transcriptions to the Kronos Quartet’s music collection from around the globe since 2006. His arrangements were featured in “Floodplain”, (2009), and “Rainbow,” (2010). Jacob is a trombonist who has collaborated with many luminaries of avant-garde music, such as Anthony Braxton, Joe Maneri and Frank London. He has also been a member of rising artists like Mary Halvorson and Dan Weiss, Miguel Zenon and Steve Lehman. Jacob is also proficient in the accordion and bass trombone as well as tuba, computer, piano, and tuba. Visit www.jacobgarchik.com