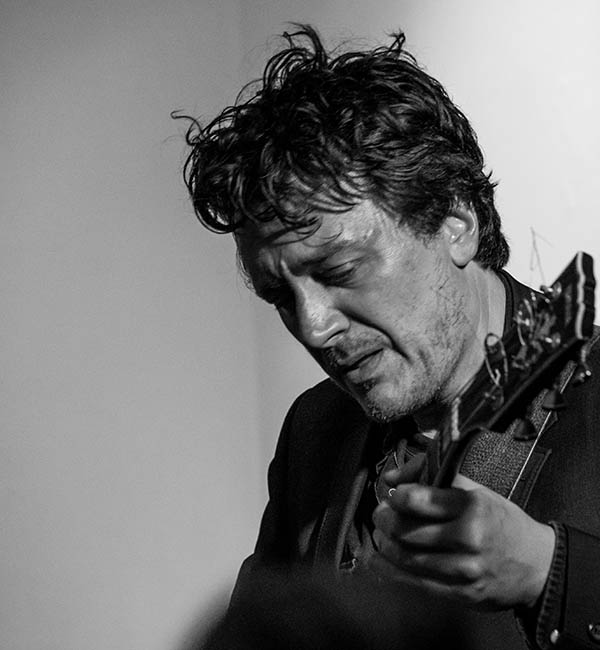 Young was born in Lillehammer, 1970. His American father introduced him to jazz. Young began playing the guitar at the age of twelve and was initially self-taught. After studying music at Oslo University, he was awarded a scholarship to New School for Jazz and Contemporary Music in Manhattan. He spent his time there learning the jazz repertoire, which was a foundation for an understanding of improvised harmony music. Jim Hall, the great guitarist, was Young’s primary teacher. Jim’s warm, glowing tone and round tone are a tribute to the influence. John Abercrombie taught him, and he also studied composition with Richie Beirach and Bob Belden. Young was awarded his degree in 1993 and worked as a freelancer for two years around New York, playing, among others, with Rashied Ali (Marc Copeland), Junior Mance, Larry Goldings, and Arnie Lawrence. With a group of musicians, including Trygve Seim and Arve Henriksen as backing musicians, he released three albums in Norway, mostly composed by himself. Karin Krog, a long-standing Norwegian singer, was also attracted to Young and formed a duo that has since toured the globe with the guitarist. Jacob’s debut album, This is You, was released by the Norwegian NORCD label in 1995. Larry Goldings and Terje Gewelt were among the musicians. Nils Petter Molvaer, Per Oddvar Johansen and Bendik Hofseth were also included. In 1997, Pieces of Time, the follow-up album was released by Curling Legs. Musicians include Per Oddvar Johansen, Vigleik Storaw, Mats Eilertsen and Mathias Svensson. Glow, a third album, was released on Curling Legs’ label in 2001. Musicians included Arve Hensiksen, Jarle Vespestad, Mats Eilertsen, Trygve Seim, Knut Reiersrud, Bendik Hofseth, Christian Wallumrod, Vigleik Storaas, Hakon Kornstad, Oyvind Braekke, Reidar Skar, Audun Erlien. Karin Krog and Jacob formed a duo in 2001. They have since been touring the world. John Surman produced a Karin Krog/Jacob Young CD, Where Flamingos Fly. It was released on Grappa’s Norwegian label Grappa in 2002. Jacob Young Group is a working group that Young has created to represent the ideas and styles of three generations Norwegian improvisers. They reissued an album in December 2002 for Manfred Eichers’ prestigious German label ECM. Evening Falls was worldwide released in 2004. The album was well received and the group performed concerts in Germany and Holland, as well as France, Norway, France, Norway, and Norway. The group recorded Sideways with Manfred Eicher after the album’s success. The group then toured Europe and Asia. From www.jacobyoung.no