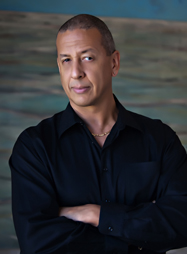 Jae Sinnett is a recording artist. He has nine recordings as a leader. The first, “Obsession” was released in 1986. This project featured: Frank Foster, the former director of Count Basie Orchestra – Frank Foster played saxophone; John Hicks, piano; Wallace Roney, trumpet; Steve Wilson, saxophone; Clarence Seay, bass. In 1992, the swinging sextet album “Blue Jae”, was released. Cyrus Chestnut and Steve Wilson were featured on “House and Sinnett”, which was released in 1994. “Listen”, which was released in 1997, featured Jesse Davis (alto, John D’earth), trumpet, Billy Pierce (tenor saxophone), Allen Farnham, Cyrus Chestnut, and piano, and reached the number one spot on the Gavin Jazz radio stations in July that year. In April 1999, Chris Potter recorded his fifth album “The Better Half”, featuring Chris Potter as well as his current trio of pianist Allen Farnham, bassist Terry Burrell. “The Better Half”, which reached number 10 in the charts in June 1999, was a departure from Jae’s previous recordings. In 2000, “Off the Myopic Avenue”, which followed in the footsteps “The Better Half”, was released. It also features the trio and Elias Haslanger as special guests. The seventh album, “Confluence”, was released in 2003. This is the first album that only features the trio. The 2005 “masterpiece”, “The Sinnett Hearings”, was released. It features some of Jae’s finest writing, arranging, and drumming. It is his first release, and the only one in which he composed and arranged all the compositions. “The Sinnett Hearings”, the first jazz CD to debut at number one on the jazz radio charts in January 2006, was the first of eight. It is an amazing vehicle for showcasing the group’s high-level musicianship. It’s a powerful, soulful blend of thought-provoking grooves and improvisation. Jae’s latest release is “It’s Telling…A drummer’s perspective.” He is joined by his trio and Steve Wilson, saxophonist. “This recording is what I have always wanted to make in order to show my true drumming abilities. Each song features the drums in a variety of capacities. It is a powerful piece of music. It’s telling is complex, dense, visionary and introspective. Each member of the group plays an extraordinary instrument. This DVD is …”An Evening With the Jae Sinnett Trio Live at WHRO. You can purchase copies for a membership donation. Jae’s first performance/instructional video called “Musical Drumming Concepts” was released in 2001. It was rated an “8” by Modern Drummer magazine out of a possible 10 It features his compositions, philosophical teaching skills, and drumming in different styles, meters, and eighth notes concepts. He is a very intelligent and lyrical composer. He has written more than 150 compositions. He has also composed music for five documentaries, one of which (John Biggers Stories of Illumination), was broadcast on PBS. He is also nearing the end of his 17th year in jazz production/hosting for National Public Radio affiliate WHRV-FM 89.5 in Norfolk, VA. On Monday through Thursday, Jae hosts “Sinnett In Session”, a highly popular jazz show that airs Monday through Friday from 9pm-1am, and Sunday afternoons between 1pm-5pm. His new show is “The R.”