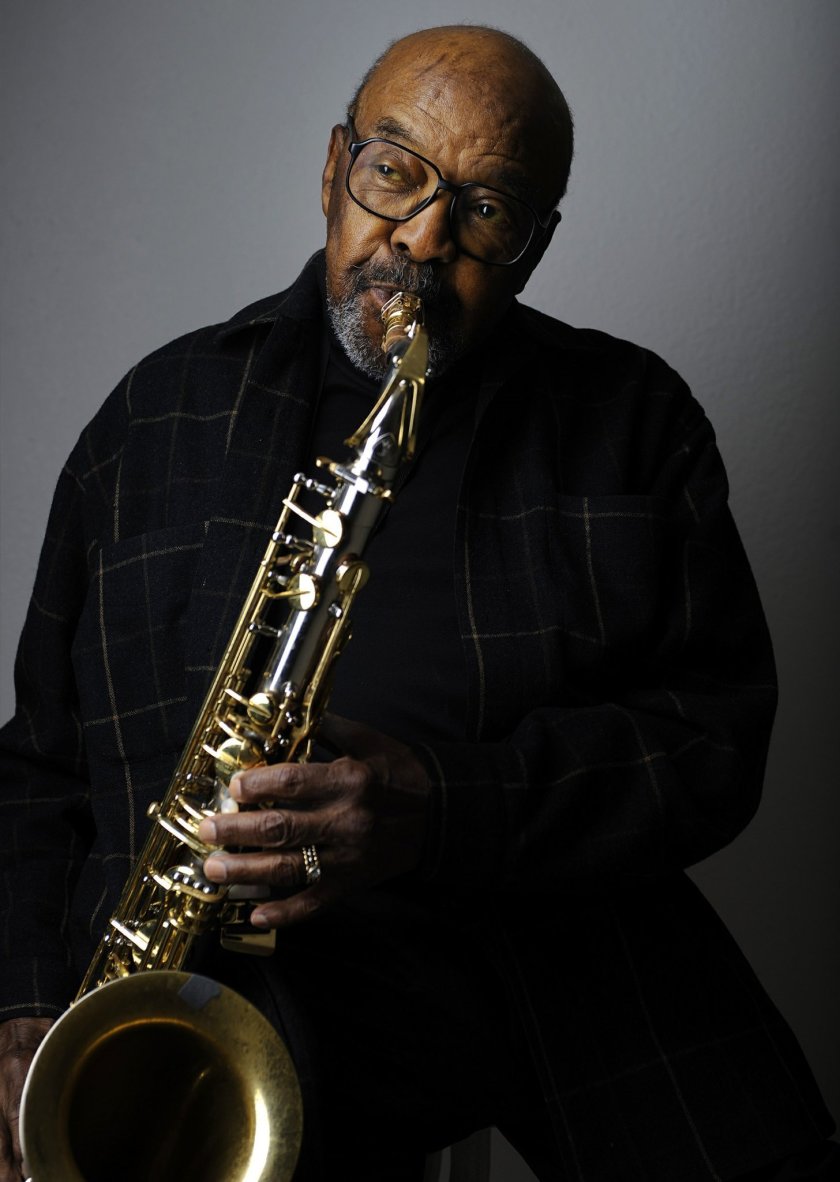 James Moody was a jazz legend from the late 40s to the present. He played tenor, flute and occasionally alto. After serving in the Air Force (1943-1946), Moody joined Dizzy Gillespie’s bebop band and formed a lasting friendship with the trumpeter. Moody traveled Europe with Gillespie, then stayed on to work for many years overseas, where he worked with Miles Davis and Max Roach and other top European musicians. The 1949 recording of “I’m In the Mood for Love” was a hit. It was titled “Moody’s Mood for Love” and featured classic vocalese lyrics by Eddie Jefferson. This recording was a top-selling one by King Pleasure. Moody returned to the U.S. and formed a septet, which lasted five years. They recorded extensively for Prestige, Argo, and he also took up the flute. He was then a member Dizzy Gillespie’s quintet from 1963-1968. Before returning to jazz, he worked as a leader in Las Vegas’ show bands for much of the 1970s. Moody had a unique sound on both the horns, and he alternated between alto (which he preferred) or tenor throughout his career. Moody was also a great flutist in jazz. Moody was a leader on many labels including Blue Note and Xanadu. On December 9, 2010, he died from complications due to pancreatic cancer. James Moody was 85. Allmusic