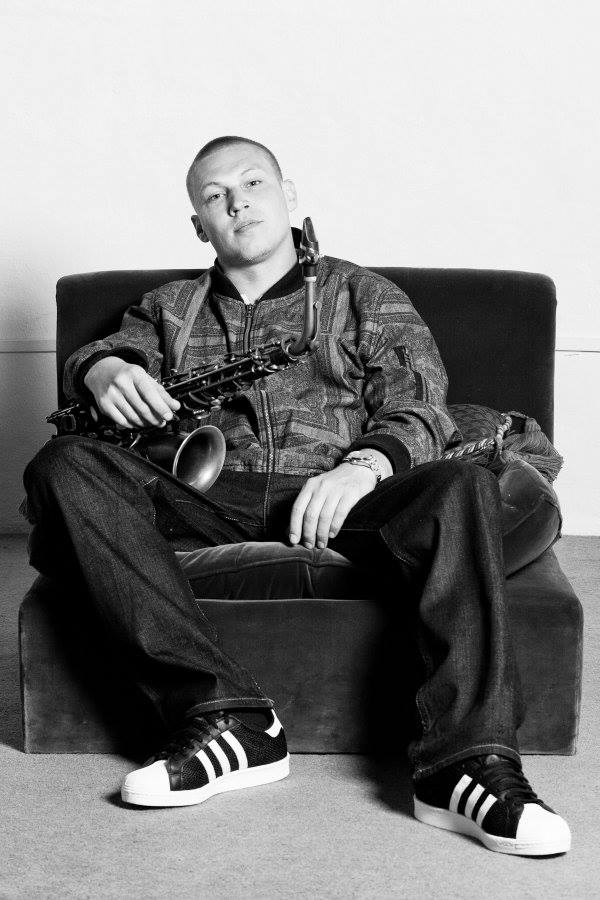 James Morton is one the most dynamic saxophone players his generation. His critically acclaimed album Don’t You Worry About That (2010) was released by James Morton’s Porkchop. His highly anticipated solo album The Kid will be released in June 2016. It features an all-star lineup, including a four-piece band and special guests such as Fred Wesley and Pee Wee Ellis. The album’s title is a tribute to James’ nickname “The Kid” which he earned from playing at clubs, venues, and festivals throughout Southern England since he was twelve years old. He was heavily influenced as a teenager by jazz, hip-hop, and James Brown’s funk music. It is these influences, along with the presence of his greatest mentors, that he brings together to create The Kid. This album is funky, soulful and gospel-tinged. The Kid is a collection of original music. It’s mainly instrumental and driven by grooving, funk beats. Do Dat tracks like The Swerve, Stand Up, and Do Dat all fall under JB’s purview, while Step Up features vocalist Alex Johansen who adds a different texture to the mix. The Soul Collective Gospel Choir brings the Hymn down to a more soulful beat with the Soul Hymn. Andy Sheppard, a mentor and major player, is featured on If They Only Knew. James wrote the track specifically for him. The album is a narrative of his musical journey, from his beginnings to his current place. It features all of his mentors and influences, including Fred Wesley, Pee Wee Ellis, and Andy Sheppard. It’s quite an accomplishment! James is now a regular player with his idols. He has worked extensively (15 year) with Pee Wee Ellis, and recently recorded and performed with Fred Wesley (and The New JB’s). He continues to tour with and collaborate with British hip-hop legends The Herbaliser. His unique rhythmic and lyrical style allows him to “speak” directly to his audience. This is why he is such a sought-after player. James has had the privilege of working with many of the most well-known and popular artists in the world, such as Raphael Saadiq and Pendulum, George Clinton and Tony Allen. He also worked with Carleen Anderson and Jazz Jamaica, Fred Wesley, and The New JB’s. He was most recently part of NPG Hornz, playing with Liv Warfield as well as other members of Prince’s band. In 2014, he was named Ambassador of Music to Bristol. from www.jamesmortonsax.com