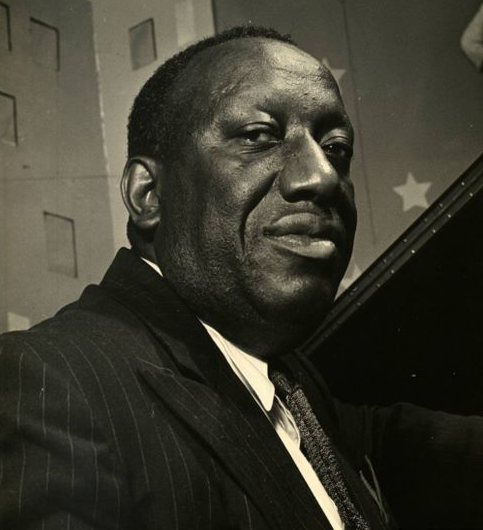 James Price Johnson, born February 1, 1894 and died November 17, 1955 was an African-American composer and pianist. Johnson, along with Luckey Roberts was the pioneer of the stride style for piano playing. Johnson was born in New Brunswick. Johnson’s family immigrated to New York City in 1908. In 1912, he was first engaged at Coney Island. Johnson’s “Charleston”, which debuted in Broadway’s Runnin’ Wild (1923), although some sources claim Johnson had written it many years before. It became one of his most beloved tunes and was arguably the best-known dance number of the Roaring 20s. Other hits include “You’ve got to be modernistic”, “Keep off the Grass”, “Old Fashioned Love”, “A Porter’s Love Song to a Chambermaid”, “Carolina Shout”, and “Snowy Morning Blues”. His music was diverse, including waltzes and ballets as well as symphonic pieces and light opera. Many of his ambitious, long-form pieces have been lost. James Weldon Johnson was a pioneer in African-American musical theatre. He said that Johnson’s music was “music of a type I had never heard before.” The barbaric harmony, the bold resolutions, which often consisted of an abrupt jump between keys, the intricate rhythms where accents fell at the most unexpected places but in which they were never lost produced a most interesting effect. And to the player, the dexterity of Johnson’s left hand in making rapid jumps and octave runs was nothing short of remarkable. With his right, he often swept half of the keyboard with clean cut chordics that he incorporated so well as to never fail to surprise at his audience. Johnson was Fats Waller’s mentor. Johnson was also a mentor to Fats Waller, Duke Ellington and George Gershwin. Johnson was an excellent accompanist. He recorded many times with Bessie Smith and was considered her favorite pianist. Johnson suffered from several strokes that left him temporarily incapacitated starting in the 1930s. He was able to return to performing active in the 1940s when he led a small swing band and performed regularly with Eddie Condon. In his last years, he also studied and composed with Maury Deutsch. After suffering a stroke in 1951, Johnson was forced to retire from performing. Johnson died in Jamaica, New York. The James P. Johnson Foundation website can be found at http://www.jamespjohnson.org/ User-contributed text is available under the Creative Commons By-SA License and may also be available under the GNU FDL.