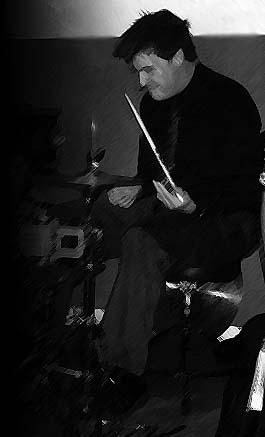 Jamey Tate, who moved to Los Angeles in 2000 with his family, has quickly become one of the most prominent young jazz musicians. Mindi Abair and Tierny Sutton are just a few of the artists he has recorded or toured with. He is also a busy film star and can be heard in films such as “Heartbreakers”, “Beauty and Power”, and “The Perfect Husband”. Jamey is a native of Orlando, Florida. He was raised in an artistic family. Jamey was encouraged to start music at the age of three by his father, a talented guitarist and composer, as well as his mother, who is an artist and designer. Jamey graduated from public schools and studied at Rollins College, Winter Park. There he was accompanied by Beth Gottlieb, a renowned educator and percussionist, and Chuck Archard as a bassist. He also started studying with Peter Erskine, the drummer. This mentorship would help him push his limits as a musician and bring him to Los Angeles. Later, he earned his Masters in Jazz Studies at the University of Southern California. Jamey is an artist/clinician using Vic Firth drumsticks and Yamaha Drums. Only Zildjian and Evans cymbals are used by Jamey. from http://www.vervemusicgroup.com/jameytate/bio/