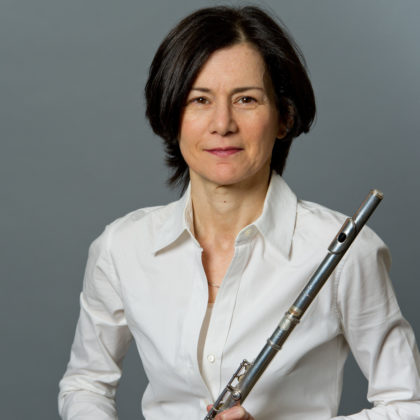 Jamie Baum’s innovative, well-crafted compositions, commanding and unusual approach to flute as a leader instrument have impressed critics, audiences, and musicians alike. Baum is originally from Connecticut and has lived in New York for 17 years as a sideman or leader with a variety of musicians, including Randy Brecker (John Abercrombie), Mick Goodrick, George Russell and Kenny Werner), Fred Hersch, Kenny Barron and Tom Harrell. You can find them in many styles. Although she is a jazz musician, her involvement in projects that perform classical and new music to Brazilian and Indian music has given her the opportunity to create a strong personal style. Honors and Awards Jamie Baum’s two last CDs, Moving Forward, Standing Still and Solace, were selected by Critics as the “Best CDs” of the year (’04).