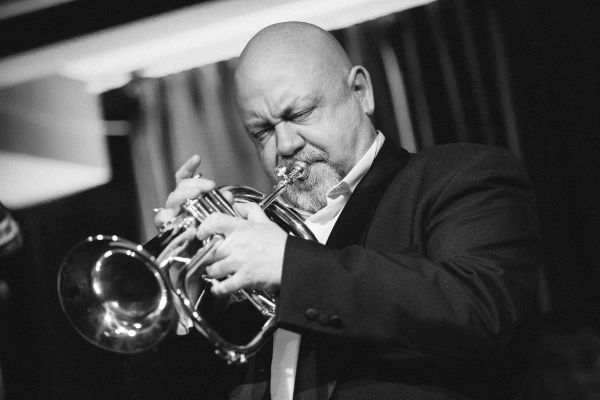 Jan Hasenohrl was born in Prague and graduated from the State Conservatory as well as the Music Faculty of the Academy of Performing Arts, Prague with Prof. V. Junek. At several international competitions, he has won numerous awards (e.g. Concertino Praga, Prague Spring). He has been involved in many ensembles and orchestras during his artistic career (National Theatre Opera Orchestras, Prague Chamber Orchestras, Universal Brass or Czech Radio SO). He has held the position of chief trumpeter at the CNSO since 1993. He has performed as a soloist and as a member in music ensembles throughout Europe, as well as in Japan Korea, Mexico, the USA and five South American countries. His achievements include his 1998 collaboration with ECO and his appearance at Chicago Symphony Hall. He was a soloist in several projects for Czech Radio and TV2 and also recorded profile CDs of Telemann and Vivaldi concertos. There are many other recordings of chamber music and symphony music. Jan Hasenohrl is a versatile artist who also enjoys swing and jazz (CDs Brassspy and Swing Party). The Czech National SO was founded by him. From www.janhasenohrl.com