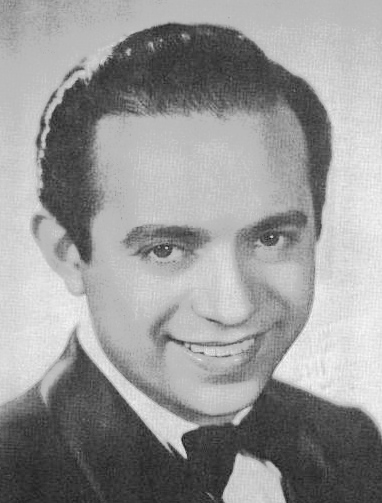 Jan Savitt, born Jacob Savetnick, September 4, 1907 to October 4, 1948, is known as “The Stokowski Of Swing”, because he was a violinist in Stokowski’s orchestra. He was an American bandleader and musical arranger. Savitt was raised in Philadelphia and born in Shumsk (now part the Russian Empire). Savitt was a gifted musician from an early age. He began to win conservatory scholarships for the study of violin. Leopold Stokowski offered him the position as concert master with Philadelphia Symphony Orchestra. However, he declined and preferred to continue his education at Curtis Institute. He joined Stokowski a year later believing he was ready. The association lasted seven years and Savitt won more accolades as a concert soloist, leader, and string quartet leader. From 1940 to his death in 1948, Savitt married Barbara Ann Stillwell, a model, and they had two daughters, Devi Marilyn, and Jo Ann. From 2004 to her death in 2013, Jo Ann married Joel Douglas, the son of Kirk. Jan Savitt was born in 1938