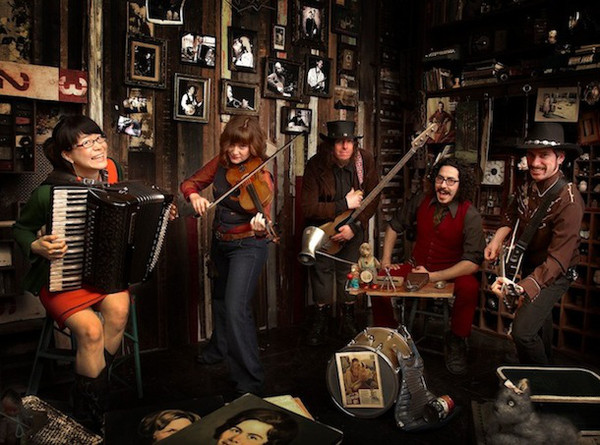 The Japonize Elephants from Bloomington, IN, are comprised of a ten-person group led by the Emperqq of Zerlock; the band’s eclectic sound borrows from bluegrass, folk, and jazz with plenty of ethnic influences (including Far and Middle Eastern) and silly sound effects. Their first CD, Bob’s Bacon Barn, was released by Secret Canadian in February 1996; after appearing on several compilations, the Japonize Elephants released their follow-up CD, Le Féte du Cloune-Pirate, in March 1998. from allmusic