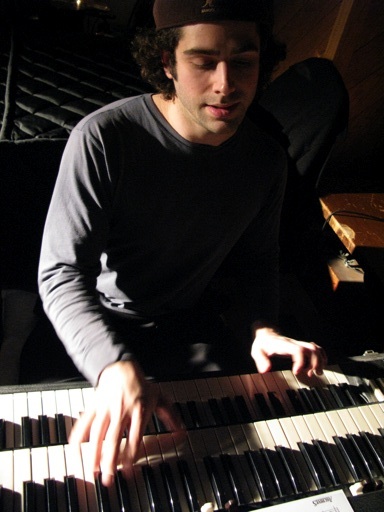 Jared Gold is a highly sought-after organist in New York. His years of dedication to the Hammond B-3 are what have helped him rise to prominence. Larry Young, Jack McDuff and Don Patterson have all influenced Jared Gold’s unique philosophy of extending harmony and selling groove. Jared has had the privilege of working with many seasoned veterans such as Dave Stryker and John Abercrombie. Dave Stryker and Tony Reedus formed an organ trio in 2004. Jared was included. This group performs a mix of original music and modern takes on old standards. They have performed many times, including a live broadcast by WBGO from J andR music in NYC. Jared’s writing skills and arrangements are highlighted in his collaboration with Randy Napoleon, guitarist, and Quincy Davis drummer. Their collaboration has produced two CDs, of which “Enjoy The Moment” (pko Records) received wide radio play and high critical acclaim. Jared’s discography includes “The Chaser”, with Dave Stryker Trio and “Going Somewhere”, with Avi Rothbard Trio. “Broadway Alley”, with William Ash Trio and “Springloaded”, with Dan Pratt Organ Quartet. from http://www.jaredgoldb3.com