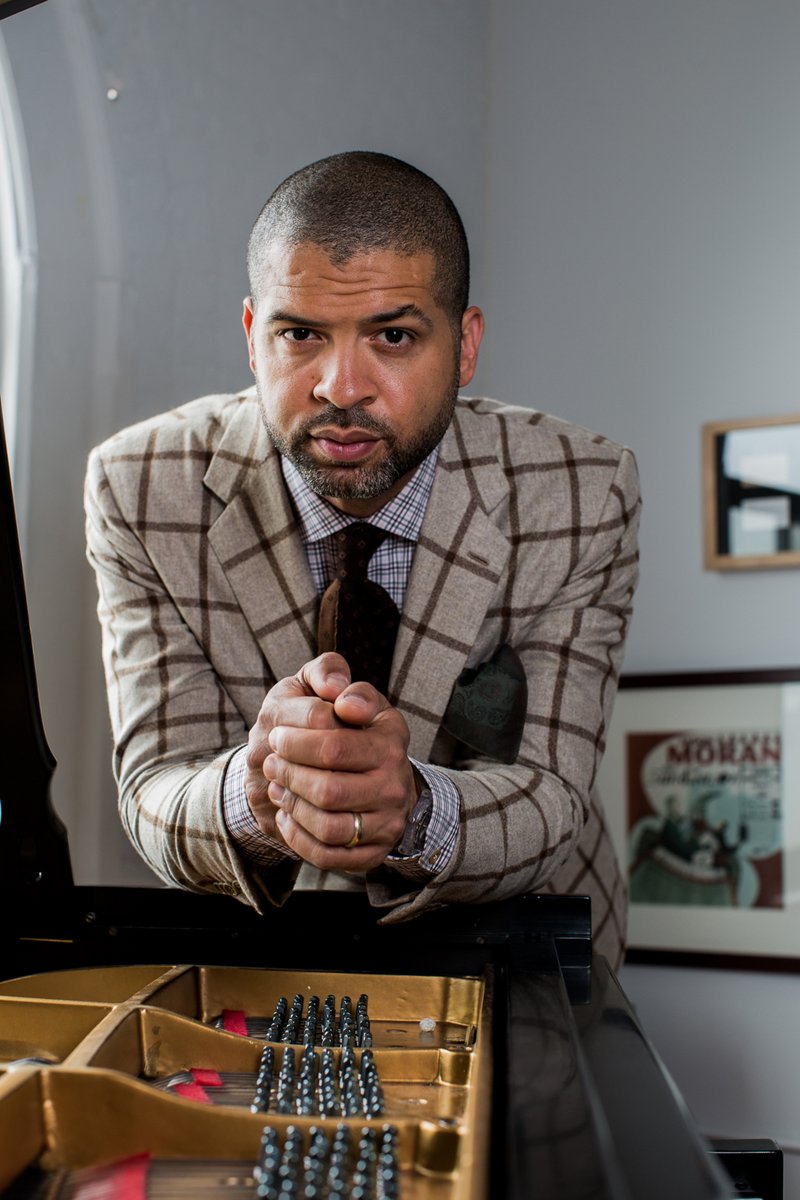 Jason Moran, a jazz pianist and performer who made a huge impact on the music scene during the late 1990s, has shown more than just his talent. Blue Note Records recording artist Jason Moran has established himself as an innovator and risk-taker in jazz. Soundtrack to Human Motion was Moran’s first recording as a leader and it was widely praised by critics. It was praised by The New York Times’ Ben Ratliff, who called it the best album and the Jazz Journalists Association “Best Debut Recording.” In 1999, Facing Left formed The Bandwagon with drummer Tarus Mateen and drummer Nsheet Waits. JazzTimes Magazine declared the album “an instant masterpiece.” Moran added avant-garde icon Sam Rivers to the Blue Note trio for Black Stars. Rivers plays the saxophone and flute on the recording. Moran’s solo piano album Modernistic was released in 2002. The Cork (Ireland), Jazz Festival awarded him the 2002 Guinness Rising Star Award. The Bandwagon was the result of Moran-MateenWaits’ six-day stay at New York’s Village Vanguard. It earned them the title of “the best new jazz rhythm section”. –NY Times. The Jazz Journalists Association presented Moran the 2003 “Up-n Coming Jazz Musician Award.” In 2003 and 2004, Moran was voted the top in The Downbeat Critics Poll’s three categories: Rising Star Jazz Artist (Rising Star Pianist), Rising Star Composer (Rising Star Composer). His blues homage, Same Mother, was released in 2005. He was also awarded the Playboy Jazz Artist of the year award. Artist in Residence was Moran’s debut in 2006. It showcased his brilliance and ambitious undertakings. Moran was able to accept and record three different commissions from three renowned and diverse American arts institutions in the space of one year: the Walker Art Center in Minneapolis and the Dia Art Foundation. Moran was asked to create IN MY MINDE: Monk At Town Hall, 1959 in 2007, a critically-acclaimed multimedia performance that examines Thelonious Monk’s legendary recording Monk at Town Hall. IN MY MIND focuses on Monk’s creation of this iconic concert through audio recordings of Monk speaking with Hal Overton and other listeners. Gary Hawkins has transformed this personal experience into IN MY MIND, a feature documentary. The film was premiered at the 13th Annual Full Frame Documentary Festival. It will be shown with the New York Public Library as part of Jazz Loft Project’s April screening. He also serves as the Manhattan School of Music’s piano faculty. He is a lecturer/instructor at Yale University and Dartmouth University. Moran has recorded and performed with Cassandra Wilson and Wayne Shorter, Charles Lloyd and Marian McPartland. He also collaborated with Joe Lovano and Greg Osby. His visionary collaborations with the art world have earned him more respect and admiration. Moran’s music can be found in both the MOMA collection and the Whitney Museum of American Art. He also scored a ballet for Alonzo King’s LINES Ballet. Moran has also worked with Adrian Piper and Joan Jonas, two pivotal visual/performance artists. http://brmwwv.net