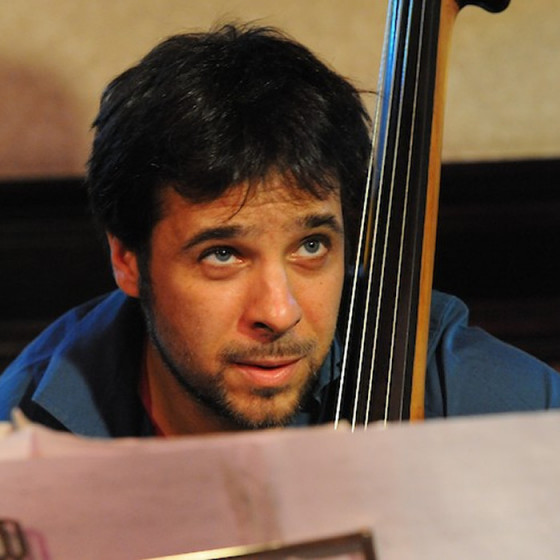 Madrid double bassist and composer. He has lived in New York, Rome, Madrid, Madrid, and Buenos Aires over the years. There he has pursued a rigorous agenda of professional dissemination and enrichment of his musical sensibilities in contemporary music, jazz, flamenco and other disciplines. Javier studied at New York University (Master in Jazz Performance), and the Royal Conservatory of the Hague (Advanced degree in Jazz). He also received scholarships from Tete Monte (Spain), National Endowment for the Arts, Foundation Cajamadrid, Canada, and Real Academia de Espana en Roma. His professional career is dedicated to contemporary jazz and flamenco and has worked with many artists, including: Mat Maneri and Greg Tardy; Badal Roy; Carmen Linares; Javier Ruibal and Javier Ruibal and Javier Ruibal and Arcangel. Rycardo Moreno and David Dorantes. He has performed on many international stages, including Sunset Sunside in Paris and Iridium (NYC), Charles V Palace (Spain), Charles V Palace (Spain), Utrech Auditorium(Holland), The National Auditoriumin Madrid, and “The Stone”in New York. Five records have been released by him as a leader, two with the Fresh Sound New Talent record. His last creation as an multimedia leader was “Air and Concert for Nomads”. It is a visual-poetic-concert for people who are looking for permanent, but never feel like they will ever be alone. It was released and recorded at Tempietto de Bramante in Rome with the support of the AECID (SPAIN) and in the Bank of America at the Nuit Blanche of Washington DC, with the support of Nacional endowement for the arts (USA) from www.javiermorenojazz.com