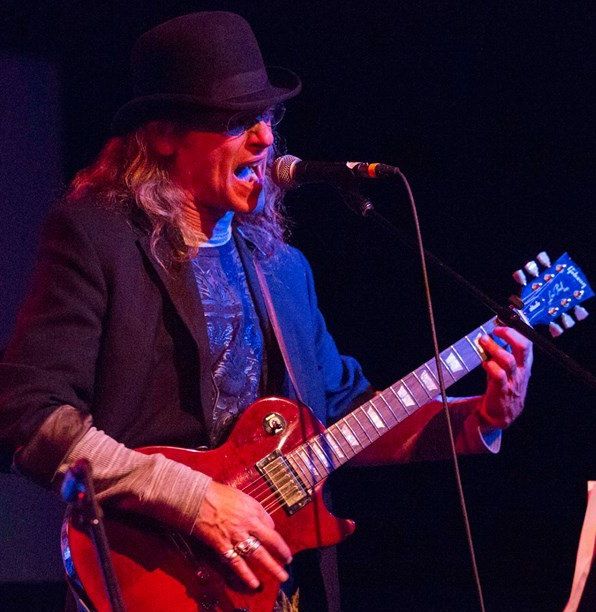 It all started in 1967, one year after I fell to Earth. Although my family didn’t have one, relatives did. I had to be dragged off the keys whenever I was playing them. It was this experience that led me to a lifetime of music appreciation and creation. ELP “Tarkus”, and Joni Mitchell’s “Blue” were my first albums when I was seven years old. Although they were very different musical worlds, both had a huge impact on my life as a singer, composer, and musician. My first dream was to combine the fluid and light sounds of Joni with the bombastic ELP flavors into something that would become my own style. At the age of 9, I began playing guitar. Although I wanted to play drums when I was 9, my parents did not believe that the Bronx neighbors would allow me to live there. So, guitar it was. I would make drums a major part of my future plans. There would also be other instruments that I would add to my arsenal. Between 1989 and 2007, I recorded many original recordings on my own label, and was featured on Tribute CD’s to my favorite bands (Genesis King Crimson, Peter Hammill).