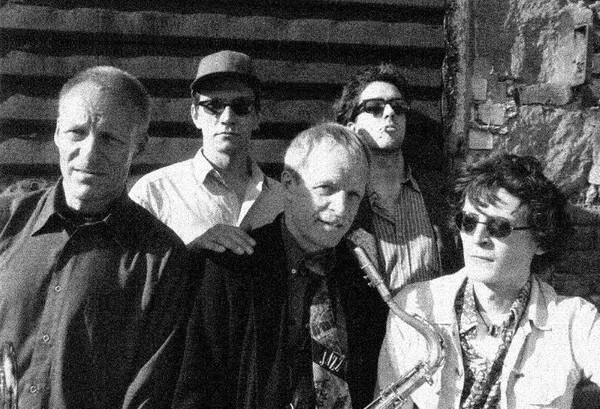 JazzBo is dedicated to Jamaican ska-jazz from the 1960s. This music makes you move and has a profound impact on music history, as it was the precursor of reggaeton and British ska. The cultural heritage of 60s Jamaican Jazz has been preserved and is a source of worldwide support. JazzBo is one of the few bands that still plays ska-jazz in its original form, a rare exception in Europe’s ska scene. JazzBo’s ten-year-old jazz-ska experience and the presence and virtuosity of all musicians make JazzBo stand out. But, JazzBo’s unique concept is that JazzBo is a five-man band, playing unplugged. This is ska-jazz at its best: tight, groovy and rough. Five musicians from Berlin founded JazzBo in 1997. All of them had been involved in Ska-Bands for a long time. This knowledge became the foundation of JazzBo. The band has performed hundreds of concerts, always catching the attention of the audience at clubs, private events, and large festivals. Musicians: *Waki Johannsen, (trombone), and Detwin Johannsen, (sax). The legendary Johannsen Bros. have been involved in numerous New Orleans jazz-bands since the 1960s. They are also the founders of Europe’s first traditional Ska Band Yebo. Supports/backings : Derrick Morgan and the Skatalites. Rico… *Robert Schwill (drums). Initiator of Skampis (88-95) and drummer of Time Tough (95-01) and Mother’s Pride (temporary), both with R