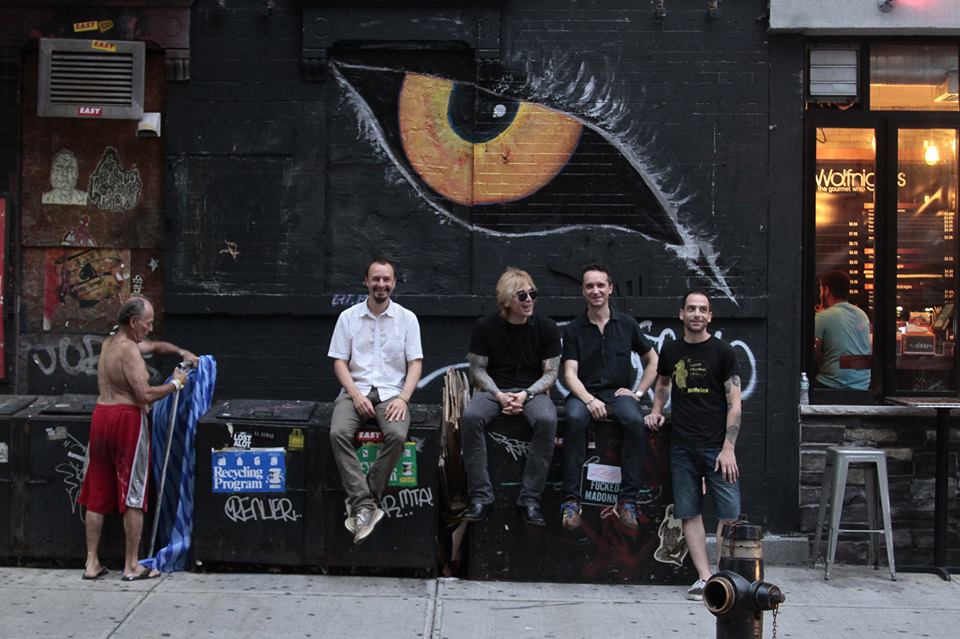 The JazzFakers are a mix of driven, confused, and curious. They live from endless sound waves that pulse. In 2008, the New York music scene was chaotic and Jazzfakers formed the Jazzfakers quartet. The idea originated from saxophonist/keyboardist David Tamura who runs the New York City Experimental Music Meet-Ups, (former projects of David’s are Charles K.Noyes, Von LMO). During this time, David teamed up with drummer Steve Orbach, and multi-instrumentalist Robert L. Pepper of avant garde experimentalists PAS, later to add bassist Raphael Zwyer. Jazzfakers combine various music styles, including avant garde, jazz, noise, improv and minimalism. They also use a few mainstream hooks to create a cutting-edge sound that can only be described by them as “beautifully” schizophrenic, original and unique. Matt Luczak joined Jazzfakers in 2013 as a drummer. The Jazzfakers have organized many events in New York City, including the “Experi-MENTAL Festival”. They have also played numerous gigs to try to build a community of like-minded individuals and to revive the New York City music scene. In 2010, the Jazzfakers released their self-titled album. It was recorded and mixed by Martin Bisi (legendary producer of artists like John Zorn, Bill Laswell and Jim Thirlwell). Myspace.com