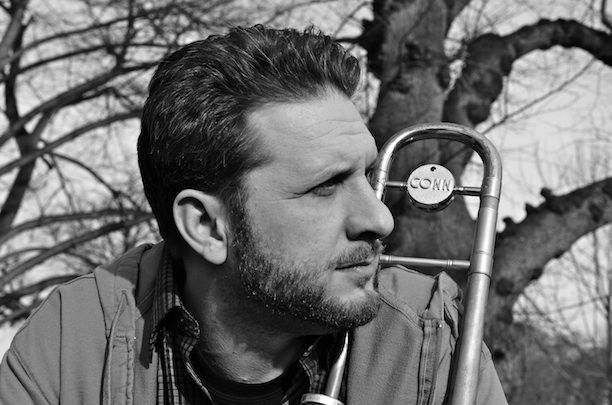 Sanford was a student at the University of Northern Iowa, and then at the New England Conservatory. He earned a D.M.A. in Jazz Studies. After relocating to New York in 2000, he became involved with the BMI Jazz Composers Workshop under the direction of Manny Albam and Jim McNeely and remained trombonist/contractor of the BMI/New York Jazz Orchestra until 2016. He has been a trombonist in recordings with diverse bands such as Andrew Green’s Narrow Margin, Nathan Parker Smith’s jazz/progrock big band, and Joseph C. Phillips, Jr.’s new music/jazz hybrid Orchestra Numinous. Views from The Inside, his orchestra’s album, received international acclaim and a coveted recording grant from Aaron Copland Foundation. He is also the leader of JC4, an improvisational trio that includes saxophonists Chris Bacas, Andy Laster, and whose new album That’s All There Is will be released in 2017. In the 2015 DownBeat Magazine Critic’s Poll, he was named a Rising Star Trombonist. CDBaby