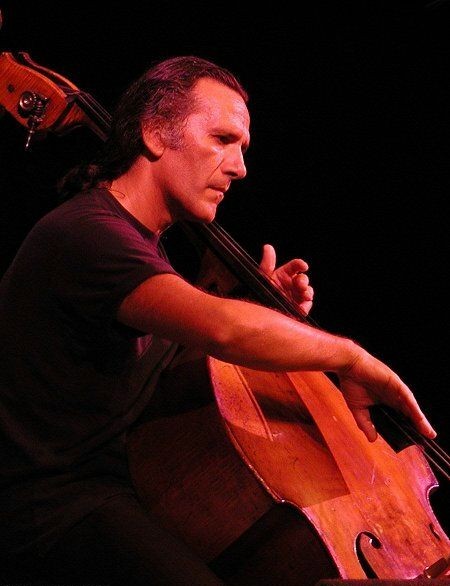 Jean-Paul Celea was born January 6th 1951 in Philippeville, Algeria. He is a double-bassist in French jazz and contemporary music. He is a precocious musician who studies classical violin at Strasbourg conservatoire at age 5. He decides to change to double bass in 1968, which he continues to study at the Paris conservatoire until 1973. He is still a young man when he joins the Strasbourg Philharmonic Orchestra and then, from 1973 to 1977, the prestigious Ensemble InterContemporain which was directed at the time by Pierre Boulez. He decides to devote himself to jazz and musical free improvisation, and he joins Jacques Thollot’s quintet. Francois Jeanneau, pianist Francois Couturier and he form a duo that will mark the beginning of a long-lasting collaboration between the two musicians. He worked then with many musicians, including Didier Lockwood and Michel Portal, Jean-Louis Chautemps, Aldo Romano, Jean-Louis Chautemps, Daniel Humair, Michel Portal, Didier Portal, Didier Portal, Didier Portal, Didier Portal, and Didier Portal. He worked alongside Couturier in 1981 with John McLaughlin, an American guitarist, in his band Translators. From 1986 to 1989, he was part of a quartet that included Couturier and Dominique Pifarely (drums). He then worked with Eric Watson. He was involved in many musical projects during the 1990s, including Passagio with Francois Couturier. from http://www.beejazz.com