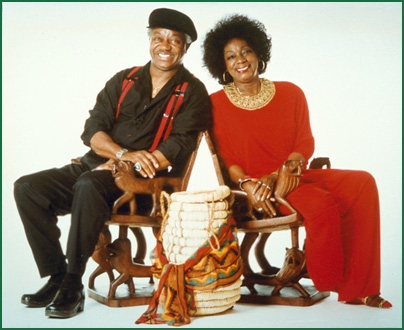 Jimmy and Jeannie Cheatham, a husband and wife team, have been married since the late 1950s. His cheerful, energetic vocals and his pleasant trombone riffs have been featured on numerous fine Concord albums over the ’80s to ’90s. Their professional relationship began when they met on stage in Buffalo during 1950s. Jeannie Cheatham performed in clubs while Jimmy Cheatham played on Broadway with Bill Dixon, Duke Ellington and Thad Jones. He was even Chico Hamilton’s music manager. Jeannie, who was a pianist as a child, later played with Dinah Washington, Al Hibbler and Jimmy Witherspoon. In the 1970s, they attended the University of Wisconsin and were a part of the jazz program. They then moved to San Diego in late ’70s. Jeannie was the president of the Lower California Jazz Society while Jimmy taught at the University of California. They worked together in clubs and organized weekly jam sessions. In 1983, Jeannie was featured on a special for public television with Sippie Wallace (Big Mama Thornton). Concord signed the duo in mid-80s and they have been recording since then, with their regular band as well as special guests like Charles McPherson and Eddie “Lockjaw”, Davis, Eddie “Cleanhead” Vinson, and Red Callendar. Allmusic