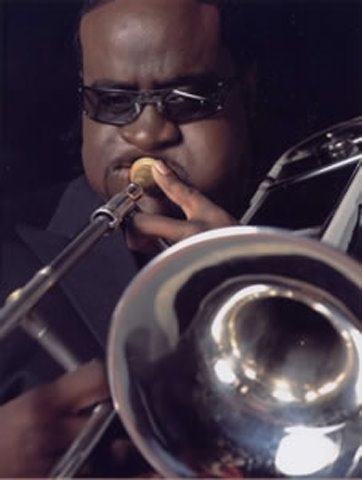 Jeff Bradshaw’s life began in a North Philly church with a grimy floor where brass bands were the main attraction. Bradshaw was raised in church, where he got his first musical experience. He started playing the snare drum as his first instrument. After that, Mr. Bradshaw started playing the sousaphone and baritone horn. One memorable day in high school was when everyone was asked to stand before the instrument they wanted to play. There was no shortage of people around the instruments, including the trumpets, percussion, trumpets and saxophones. But there wasn’t one person near the pile of trombones. Bradshaw believes this was the day that the trombone began its journey to become the most popular instrument in mainstream music. Bradshaw wanted to make the trombone more than a high school instrument. As he entered adulthood, Mr. Bradshaw started to alter his plans for the future. He realized that he would not be able to afford college. He couldn’t afford to continue his education so he worked at a variety of jobs to try to make ends meet until he found the right time and place. It would take seven more years for that moment to come. In 1994, Mr. Bradshaw met the “who’s-who” of Philly’s music scene. Andre Harris, Vidal Davies, DJ Jazzy Jeff and Ahmir “Quesluv’ Thompson were among the people that Mr. Bradshaw met. Also, DJ King Britt, Keith Pelzer (Darren Henson), Ivan Barrius, CarvinHiggins, and many other people. These people were the ones that made Mr. Bradshaw a part of the real world of major record, where he was able to work with artists such as Jill Scott, Eryka Badu and Darius Rucker.