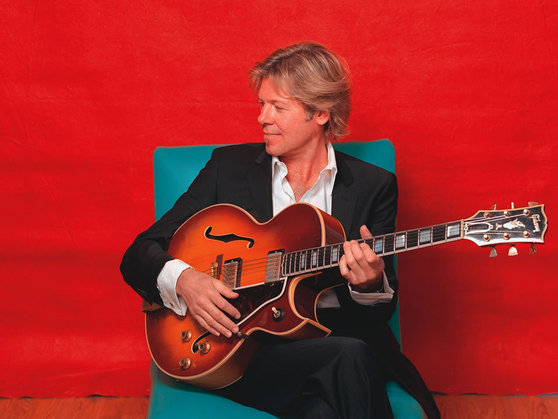 American jazz guitarist Jeff Golub was born April 15, 1955 and died January 1, 2015. Golub, a contemporary jazz guitarist, had 12 albums as a solo artist and three CDs as the lead of Avenue Blue’s instrumental band. Golub was an instrumentalist before he became a sideman for a variety of pop and rock artists. His most notable work was with Rod Stewart. He performed on five albums and five world tours with Golub. In addition to recording One Night Only at the Royal Albert Hall, Golub is also known for his collaboration with Stewart. Golub was born in Copley, Ohio. He modeled his playing on the 1960s blues rock guitarists Jeff Beck, Eric Clapton and Jimi Hendrix. [citation needed] Next, he began to research the inspirations of the musicians he was inspired by and began to explore the blues more, listening to Muddy waters, Buddy Guy, B.B., Albert and Freddie King. Golub was just a teenager when he heard his first Wes Montgomery album. He was just 13 years old when he heard the Wes Montgomery record. This set him on a new path that led him to Berklee College of Music, Boston. He also played in The James Montgomery Band while in Boston. Golub, originally from Boston, moved to New York in 1981 where he was able to perform with Billy Squier. Golub was a guest on seven albums and three international tours with Billy. In 1988, he released Unspoken Words, his first solo album. But, he really took on his role as band leader/instrumentalist with Avenue Blue, which was released in 1994 by Mesa Bluemoon/Atlantic Records. Dave Koz was Golub’s band.