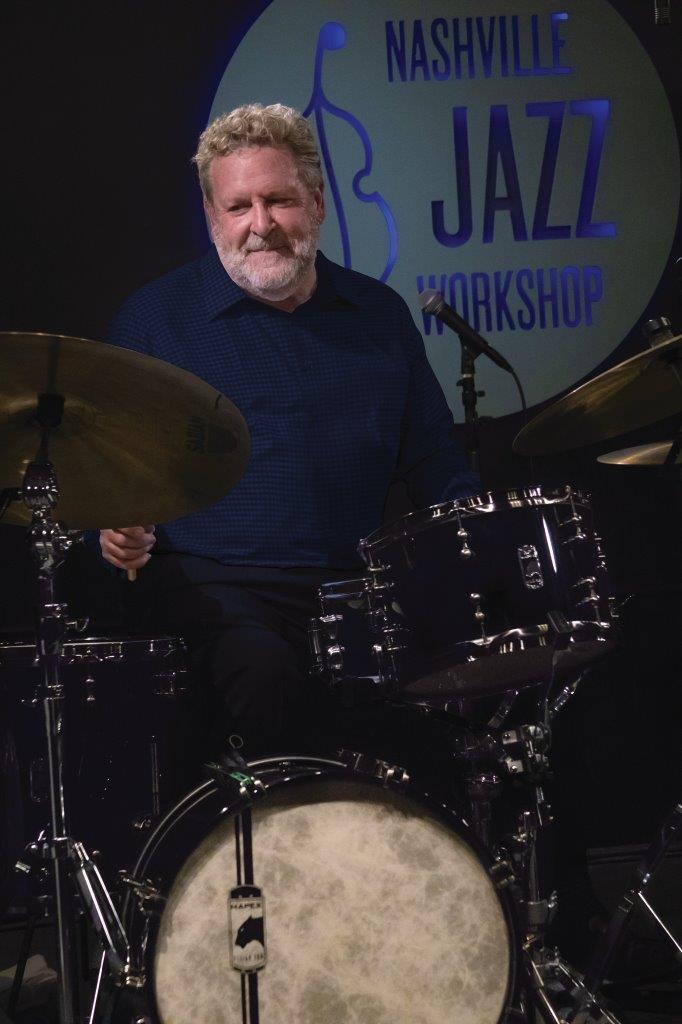 Jeff Hamilton is a reliable and versatile drummer, who can sound equally at home in a big band or with a combo. He has a strong reputation within the jazz world. In 1974, Hamilton was in the Tommy Dorsey ghostband. He then played briefly with Lionel Hampton and spent two years with Monty Alexander’s Trio (1975-1977). Hamilton was in Woody Herman’s Orchestra (1977-1978), joined the L.A. Four (with which he made six albums), and began recording regularly for Concord. He performed with Ella Fitzgerald and the Count Basie Orchestra from 1983 to 1987. Rosemary Clooney and Monty Alexander were also among his many performances. Hamilton was also a part of the Clayton-Hamilton Orchestra’s co-leader, John Clayton and Oscar Peterson, as well as performing with the Ray Brown trio and with the Clayton Brothers quartet. Jeff Hamilton has recorded for Lake Street and Mons with his own trio. Allmusic