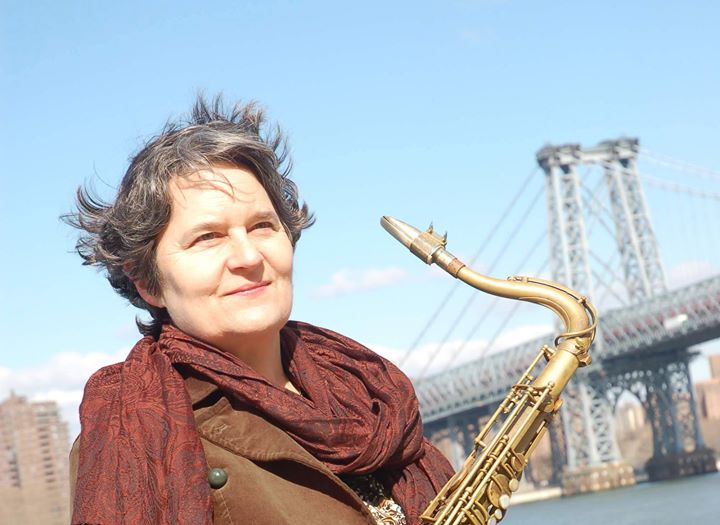 Jessica Jones, a tenor saxophonist, met Don Cherry while she lived in the Bay Area. She was part of Peter Apfelbaum’s Hieroglyphics Ensemble. Jones, who has lived in Brooklyn for seven years, says that Don had just moved to the area and he played some of my tunes. “I was able to see his music when I visited his house several times. It was great to share that experience with him. Nod (New Artists) is Jones’ latest recording. She recorded it with Tony Jones, her husband and fellow tenor-sax player. They met in high school and later married. You can see the music’s clever mix of provocative free blowing and more controlled bop-infused expression in the title. This is Jones’s small tribute to her Bay Area mentor. Jones pays tribute on “Waynopolis”, to another influential figure. She says, “I adore Wayne Shorter.” “I used to long to be Wayne Shorter in the Art Blakey band. That exact time and that exact sound. Because he takes his time, you can absorb every note he plays. I was astonished to see him speak at the IAJE convention. His speech was ethereal and code-like. This was a comforting thing for me, as that’s how I think. It’s something I love that you can feel, but not capture. That’s what I see in him. Multireedist Joseph Jarman appears on Nod as a special guest on “Happiness Is”, his free-boppish sextet. Pianist Connie Crothers, who runs New Artists, provides the percussive accompaniment to her post-bop “Birds Word” with a spiky, percussive keyboard accompaniment. Tony Jones’s strikingly original arrangement of Jackie McLean’s “Little Melonae” is N’awlins-flavored. Jones also plays piano on a reharmonized version of “These Foolish Things,” which Candace, her 21-year old daughter, sings. Jones proudly states that her daughter has a beautiful voice. She has moved to New York and sings every Monday at The Cotton Club. “I hope we can record her next album on Connie’s label.”