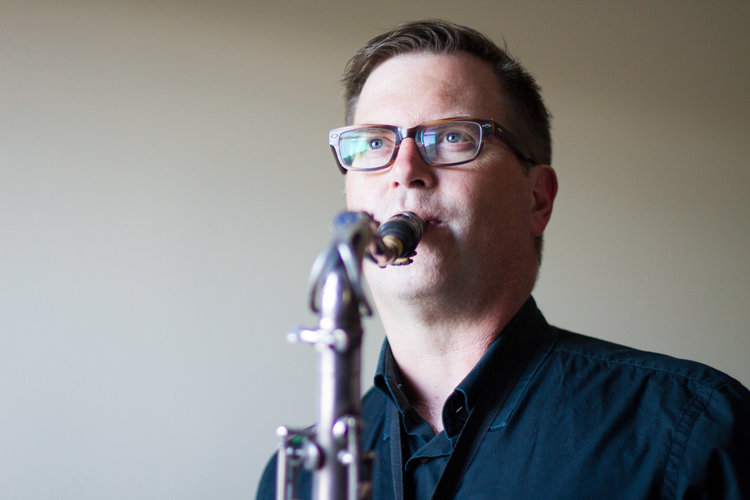 Jim Brenan was a highly respected performer and educator in North American jazz before he accepted the position of Coordinator of Jazz Studies at The School of Creative and Performing Arts, University of Auckland. He also wrote and managed New Zealand’s first undergraduate degree program in Jazz Studies. Jim is currently the chair of the Mount Royal University’s department of Theatre, Speech and Music Performance. Jim has a Bachelor’s degree in Jazz Studies at St. Francis Xavier University, and a Masters degree in Jazz Studies at Rutgers University in New Jersey. He studied with Ralph Bowen, a renowned master saxophonist. Jim also performed extensively in New York, Philadelphia, and New Jersey during his formal studies. Jim was able to collaborate with Kenny Barron and Slide Hampton, Kenny Barron as well as Kenny Wheeler, Kenny Barron and Kenny Barron. Jim also performed with Illinois Jacquet, Flip Philips and Phil Woods at the New Jersey Jazz Hall of Fame concerts. As the lead tenor-saxophone player with The Maynard Ferguson Big Bop Nouveau Band, Jim can be heard all over Canada, the United States, and Europe. Jim was also a member this band and recorded with Diane Schuur for Concord as a featured soloist on “Michael Feinstein u0026 Maynard Ferguson Big City Rhythms”, a big band album. Jim performed on Juno nominated Recording Earl MacDonald Re:Visions. This was another great opportunity for Jim, to travel and record at Famous Bennett Studios in New Jersey. This year, Jim’s fourth CD, Jim Brenan 11, features Chris Andrew “50/50”. Jim Brenan, who spent half of his life in Edmonton and the other half in Calgary knows all about the talent that lives within their respective cities. The Jim Brenan 11, a group of talented and versatile jazz musicians from Alberta, is the Jim Brenan 11. Brenan was born in Edmonton, and currently lives and works in Calgary. Brenan was a regular player in both Calgary and Edmonton, and wanted to showcase the creativity and talent of both the musicians. Brenan is the 11th member of the group and serves as the composer and arranger. He also acts as a tenor saxophonist, peacekeeper, and mediator between Flames and Oilers fans. Brenan wanted to unite two communities and also express an inclusive identity. I wanted to create an acoustic group that could bring a strong, groove-based sound, with no rhythm section or horns. When I was thinking about the instrumentation, it became clear to me that I wanted to highlight a variety of musical talents. The unique sound is created by the men in the band. Jim Brenan’s music is full of soul and energy, which bursts through its songs. Tiger’s Milk, a tribute the Tied and Tickled trio’s mix of jazz and worldmusic; an uncompromising power to-the-people anthem with a loping melody that switches gears midway through. Jocasta is a cop car chase, while Empress, Hiding Place and Empress, who are difficult to categorize by genre, move into the more soulful side. This project was easy because Chris Andrew was included. Chris Andrew, originally from BC, has become the representative of the best-of–the-best in his province. Simply put, every project is better when Chris is involved. Brenan and Chris have been working together for many years so this collaboration was an easy one. It also paid off tremendously. Chris can be heard on all tracks but Fant-O-Max is his space time warp, which reminds me of the most important explorations of Bitches Brew. You can see the soloist firepower evident with Craig Brenan and Sean Craig, Sergio Rodriguez (Jamie Cooper), Rubim de Toledo, Mike Gardner, Mike Gardner, Sergio Rodriguez and Jamie Cooper featured throughout. Gritty loose funk is a catchy mix that easily surpasses its small ensemble weight. Mixing 11 of Alberta’s best musicians results in a true 50/50 collaboration. This proves that we can all come together and focus on the important things, music. from www.deathdefyingrecords.com