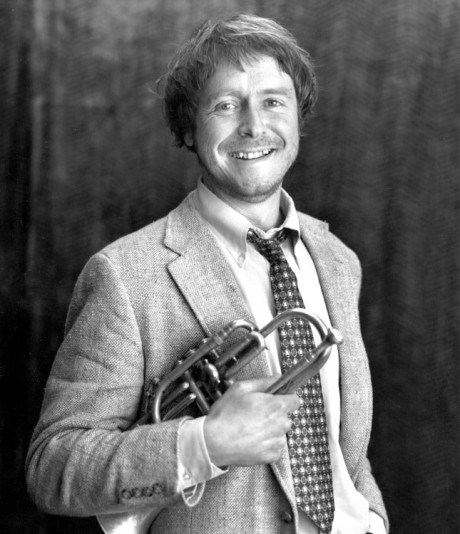 Jim Goodwin, a great jazz cornetist, is based in Portland, OR. He deserves more recognition. He was born in Seattle and learned jazz piano and cornet with the help of his father, Bob Goodwin, a drummer. In 1969, he moved to San Francisco and worked often with Ray Skjelbred. After a time in Europe, the cornetist settled in Portland. Jim Goodwin recorded an album apiece in Berkeley Rhythm (1971-1977), and Rhythm Masters (1987-1988), as well as a 1993 Arbors duet CD. Allmusic