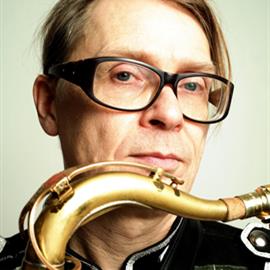 Jimi Tenor is a musician and composer who has never accepted the role of pop artist. His work is far beyond the current trends and he is also known for being a prolific musician. He is also known for his unique performance that combines the best elements of afro-american, spontaneous silliness, and shameless glamour. Jimi Tenor, born Lassi Lehto in 1965, Lahti (Finland), is a professional musician who has been performing for nearly 20 years. He also practices photography and directs short films. He also designs clothes and musical instruments. Although they are not meant to be art pieces, the electro-mechanic devices created by Jimi Tenor or Matti Knaapi can sometimes end up being displayed at exhibitions. They are mostly made from scrap material and arise from musical needs. Some instruments have been damaged or destroyed by the intense use they received on stage and recording. Tenor’s music is a combination of his design and technical innovations. Jimi Tenor was his first recorded band.