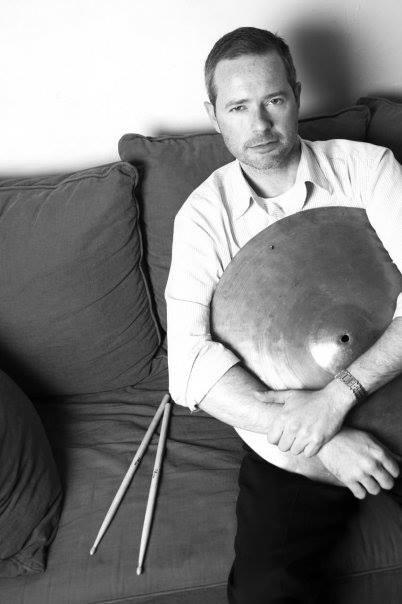 James A. Bennington was born in Columbus, Ohio in 1970. He lived in Detroit, Michigan from 1970 until 1979, when he moved to Houston, Texas. At thirteen, he switched to drums after completing his music educations on clarinet. Bennington has had a variety of experiences, including private school, public education, sideman work, and being a leader in his band Colour and Sound. Some of Bennington’s early musical experiences included participation in jazz and blues sessions held in Texas in the late 1980s/early 1990s. Bennington spent the last ten years of his life studying with Elvin Jones. He was band manager and drum tech for the Elvin Jones Jazz Machine, which toured the U.S.A and Europe from 2000 to 2002. Jimmy was born in Chicago and has lived on the West Coast from 1998 to 2006. He has performed all over the U.S., Canada and Europe. For over a quarter century, he has been playing and recording in jazz and improvised music. He was fortunate to record and perform with many legendary musicians, including Julian Priester and David Haney, Perry Robinson and Ed Schuller, Bert Wilson and Ken Filiano, Steve Cohn and Daniel Carter, as well as French musicians Benjamin Duboc, Jobic Le Masson, and Perry Robinson. Jimmy was signed as a recording artist to the prestigious New York labels Cadence Jazz Records, and CIMP in 2007. ThatSwan, Bennington’s Chicago label! Records produced the collectibles Portraits and Silhouettes featuring Julian Priester. They were awarded AllAboutJazz’s ‘Best Recordings of 2007’ award. Another Friend, the Music of Herbie Nicks, featuring David Haney, was also produced. This album was very popular in Japan and is cited in the book A Jazzist’s Life, the only one on Herbie Nicks. Jimmy was recently included in David Haney’s piano/drum duo album Stix and Stones, which features artists Bernard Purdie and Han Bennink. Numerous industry publications and groups have recognized him, including the Rutgers University Encyclopedia of Jazz as well as several times by I.A.J.R.C. Journal (International Association of Jazz Record Collectors). Bennington is a regular contributor to Chicago’s music scene. He has played regularly with legends like Brian Smith (AACM), Dustin Laurenzi (AACM), Artie Black (AACM), Dustin Laurenzi (AACM), Ben Schmidt-Swartz (AACM), trumpeters Ben Lamar Gay and Jerome Croswell, as well as Samuel Mosching, Swiss guitarist Samuel Mosching and pianists Dan Pierson and Jim Baker (Delmark), and Mike W. Harmon (bassist) and Devin Foster and Mike W. Harmon (An Foster and Mike W. Harmon (B. Bennington was a special guest at Chicago’s 30th Annual Jazz Festival, Fred Anderson’s Velvet Lounge and the Tampon-Galerie in Paris, Krannert Artist series.