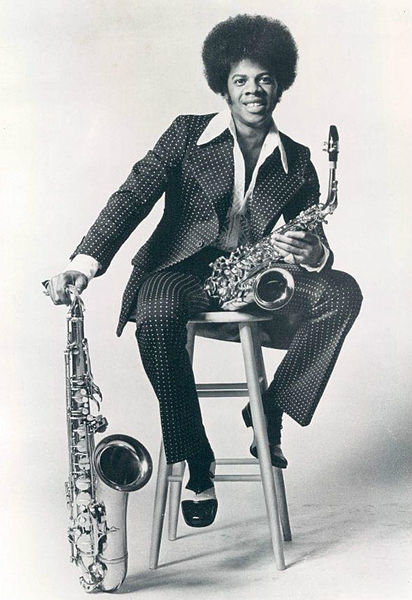 James Walter “Jimmy” Castor, born June 23, 1940 and died January 16, 2012. He was an American pop/funk musician. His most well-known role was that of a fun disco/funk jazz saxophonist. His biggest hit single was 1972’s “Troglodyte” (Cave Man). Castor began his career in New York as a doo wop singer. In 1956, he recorded and wrote “I Promise to Remember”. Castor replaced Frankie Lymon as a Teenager in 1957, before switching to the saxophone for his solo work in 1960. In 1966, he had a solo hit with the song “Hey Leroy. Your Mama’s Callin’ You”. Castor also performed sax in Dave “Baby” Cortez’s hit “Rinky Dink.” In 1972, he founded the Jimmy Castor Bunch and signed with RCA. He was the leader of The Jimmy Castor Band in the 1970s and has also released singles and albums. Their commercial success reached its peak in 1972 when their album It’s Just Begun was released. The album featured two hits singles: “Troglodyte(Cave Man)” and the title track. This song was a huge hit in the U.S. and peaked at #6 on the Billboard Hot 100. It remained on the charts for 14 weeks, was a million-selling track by the 30th June 1972. The R.I.A.A. awarded it a gold disc award. Castor continued the trend with “The Bertha Butt Boogie”, and recorded “E-Man Boogie,” King Kong, “Bom Bom” and “Potential” in 1975. The Castor band included keyboardist/trumpeter Gerry Thomas, bassist Doug Gibson, guitarist Harry Jensen, conga player Lenny Fridle, Jr., and drummer Bobby Manigault also (guitar) LeBurn Maddox 1976-1979 Thomas, who simultaneously recorded with the Fatback Band, left in the ’80s to exclusively record with them. From 1976 to 1988, Castor was a solo performer. His biggest hit was the 1988 revival of “Love Makes a Woman,” in which he was paired with Joyce Sims, a disco diva. In the 1980s, Castor started his own label, Long Distance. Many of the songs from the group have been extensively sampled in movies and hip-hop. The saxophone hook from “It’s Just Begun”, and the spoken word intro from “Troglodyte”) (namely, “What are we gonna do right now is go back …”)) have been extensively sampled. In 2012, he died from heart failure. From Wikipedia