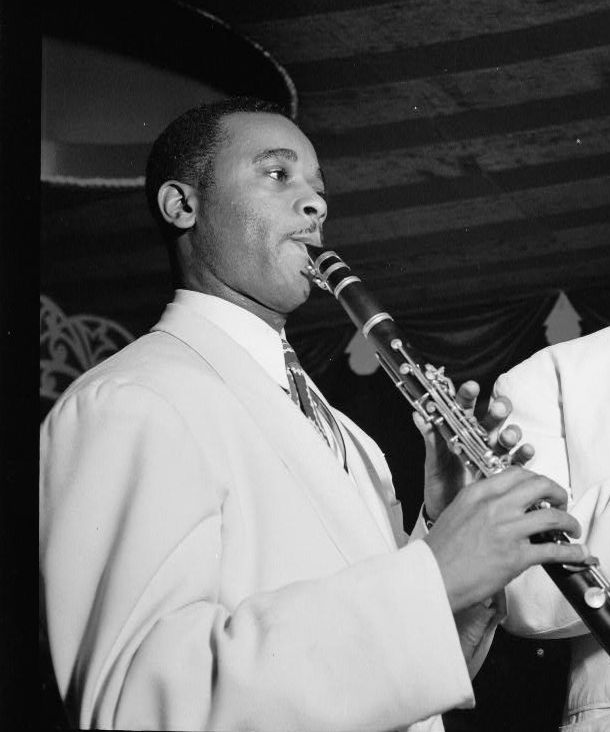 Wikipedia: Jimmy Hamilton, American jazz clarinetist and tenor saxophonist (25 May 1917 – 20 September 1994), was an arranger, composer, music educator, and musician best known for his twenty five years of service with Duke Ellington. Hamilton was born in Dillon in South Carolina and grew up near Philadelphia. He began his musical education by learning to play the piano and brass instruments. In the 1930s, he switched to clarinet and the saxophone, and continued to play the latter in local bands. He played in 1939 with Lucky Millinder and Jimmy Mundy. In 1940, he joined the Teddy Wilson sextet. He played with Yank Porter and Eddie Heywood after two years of Wilson. He replaced Barney Bigard as the Duke Ellington Orchestra’s drummer in 1943 and remained with Ellington until 1968. His style was quite different on both his instruments. On the tenor saxophone, he had an R