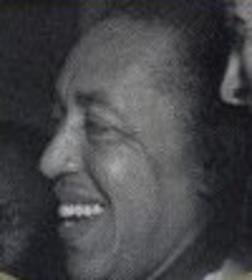 Jimmy Mundy was one of the best arrangers of swing era. However, he never became a household name. But musicians of that era knew him well. When Earl Hines hired him in 1932, he played tenor in several local bands. His charts, including his original “Cavernism,” “Everything Depends On You,” and “Copenhagen”) earned him a strong reputation. He became a staff arranger at Benny Goodman in 1936, writing arrangements for pieces such as “Bugle call Rag”, “Jumpin’ at the Woodside”, “Swingtime in the Rockies”, “Sing, Sing, Sing,” and “Solo Flight.” He was also a chart writer for Gene Krupa and Paul Whiteman (1949), as well as Harry James and Dizzy Gillespie (1969). Jimmy Mundy only led a handful of sessions. He led four songs by his small-group orchestra in 1937 and four songs in 1939. There were also broadcasts of his 1946 Los Angeles-based band. Two Epic albums were released between 1958-1959.