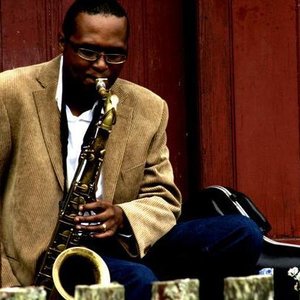 Joab Augusto, who holds a BA in Saxophone (from FAMOSP), began his musical education with his family. He then extended it to the city’s music school and other educational institutions. He participated in many international summer festivals in Brasilia as a youth. Since then, he has dedicated his life to instrumental music and developed his playing in various settings, including big bands, brass bands, and jazz instrumental bands. He has also been a leader of workshops and performed at various blues and jazz festivals. After a successful season of shows in his hometown, his quartet recorded the CD IQ in 2000. Augusto’s musical career grew in 2002 while he was working in Sao Paulo. He was the leader of the 2005 project “A Tribute To John Coltrane at All of Joab Augusto Jazz Quartet”. In 2008, Augusto released a self-recorded album called “Pilgrim”, which is described as having influences from jazz, Latin music and gospel mixed with Brazilian rhythms. This, in turn, is a reflection of the roots of Coltrane. This translation was taken from the artist’s website.