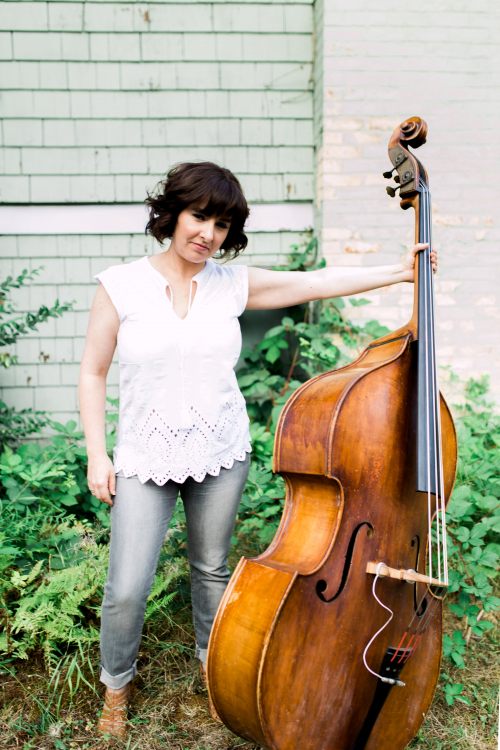 Jodi Proznick, Juno-nominated composer, musician, bandleader and educator, has built a reputation for herself as one of Canada’s most respected jazz musicians. Numerous National Jazz Awards have been won, including the Bassist of The Year award in ’08 as well as the ’09 Jazz Award. The Jodi Proznick Quintet won the Acoustic Group and Album of Year in 2008 and the Galaxie Rising Star in the Vancouver International Jazz Festival in 2004. Jodi is a leader of her own band and has also performed with some of Canada’s most prominent jazz musicians such as Don Thompson, Guido Basso (Oliver Gannon), Guido Basso (PJ Perry), Laila Biali, Phil Dwyer, Phil Dwyer, Guido Basso, Guido Basso, Guido Basso, Guido Basso, Guido Basso, Guido Bassa, Guido Basso, Guido Basso Basso Basso Basso Basso Basso Basso Basso Basso Basso Basso Basso Basso, Jodo) and Jodi Proznick Quartet. She regularly performs and records with visiting jazz musicians such as Michael Buble and Byron Stripling, Michael Feinstein and David “Fathead”, Newman, Bucky Pizzarelli and Ed Thigpen. Jodi is a Juno-nominated leader and has recorded over 40 recordings as an artist side. Jodi started playing bass when she was 13 years old, under the guidance of David, an award-winning music teacher. Jodi was awarded the General Motors Award of Excellence in 1993. This established her as one of Musicfest Canada’s top young musicians. She then received a scholarship to study at McGill University, Montreal. Jodi was a member of many top Montreal musicians, including Juno winner Christine Jensen, Renee Lee, and Montreal legends Andre White, after she graduated. In 1998, she was honored with the IAJE Sisters in Jazz award as one of the most promising female jazz musicians. Jodi, her husband and pianist Tilden Webb moved to Vancouver in ’00. She now lives there with their young son Tristan. One of her personal highlights was opening for Oscar Peterson in 2004 and performing as a featured soloist for the Vancouver Symphony Orchestra. She also recorded numerous times for CBC Radio. Jodi’s career highlight was being asked to play the featured bass in the closing ceremonies and soundtrack of the 2010 Vancouver Olympic Winter Games. Jodi has a deep passion for education and decided to study a Masters in Education at Simon Fraser University. Kwantlen Polytechnic University is where she teaches jazz theory, jazz theory, jazz history and popular music history. She is also the Artistic Director of VSO School of Music Summer Jazz Workshop, where she teaches jazz combo, jazz theory and jazz bass. She has served as a clinician and guest adjudicator at numerous festivals, colleges, universities, or conferences in Canada. Jodi has a rich background in jazz education and was active in early childhood music classes for more than 15 years. Her method used a mixture of Orff and Kodaly, Dalcroze Montessori, Montessori, and Suzuki philosophies in music education. Arts-based research, embodied education practices, attachment, creativity and phenomenology are her areas of interest. Her description includes “… “armed with an arsenal to develop recognition as one the finest jazz musicians today” (Ejazznews), “… “playing with” an infectiously in­the-pocket feeling of groove” (“Cadence Magazine), “… “a great jazz bassist, who plays with an intoxicating passion” [Katie Malloch] and “a wonderful bassist, who really digs into and plays from the heart” (Da Magazine interview with David Fathead Newman – Coda Magazine). from https://jodiproznick.com