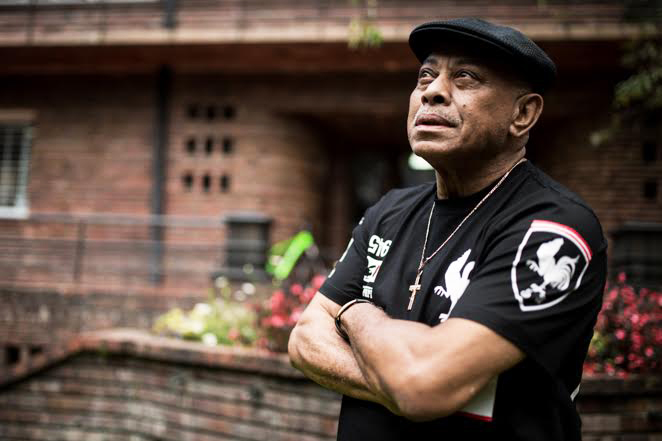 Joe Bataan, also known as Bataan, was born November 15, 1942 in Spanish Harlem (New York City). He is a Filipino-African American Latin Soul musician. Joe Bataan was born Bataan Nitollano. He grew up in East Harlem’s Lexington Ave. section. There he led the Dragons, an East Harlem street gang that was Puerto Rican. After this, he was sent to the Coxsackie Prison to serve his sentence for a theft car charge. His mother was African American and his father was Filipino. After his release in 1965, Bataan turned his attention towards music and formed Joe Bataan and The Latin Swingers, his first band. Bataan was heavily influenced by both African American doo-wop and Latin boogaloo. Fania Records was attracted to Bataan’s unique ability to mix doo-wop singing with Latin rhythms. Bataan signed with Fania Records in 1966 and released “Gypsy Woman”, a Latin dance cover for “Gypsy Woman”, in 1967. Eight original titles would be released by Bataan for Fania, including the platinum-selling Riot! These albums featured a mix of Latin dance songs sung in Spanish and slower English-language soul ballsads, often sung by Bataan. Bataan was a singer and his fame in Latin music at that time was rivaled only by Ralfi Pgan. Bataan eventually left Fania Records after a dispute over money with Jerry Masucci, the head of Fania Records. Bataan was still signed to Fania Records but he secretly founded Ghetto Records. This Latin music label received its funding initially from George Febo, a local gangster. Bataan also produced albums for Eddie Lebron, Paul Ortiz, and Papo Felix. He was the one who coined the term “soul” in 1973. It is this phrase that Bataan used to name his first post-Fania album. He co-founded Salsoul with Stanley, Kenneth and Joseph Cayre. However, he later sold his interest. He recorded three albums and several singles for Salsoul, including “Rap-O Clap-O”, which was a hip-hop hit in 1979. Bataan II was his 1981 album. He decided to stop making music and spend more time with his family. Instead, he became a youth counselor at one of the reformatories where he had been a teenager. Bataan released Call My Name in 2005 to end his long hiatus. It was a well-received record that was recorded for Spain’s Vampisoul labels. Bataan is also the father to Asia Nitollano who won The Pussycat Dolls present: The Search for the Next Doll. The soundtrack to Driver Parallel Lines (2006) featured Joe Bataan’s song, “Subway Joe”. Bataan appeared in the Kenzo Digital-produced “beat filmic” City of God’s Son in early 2009. Bataan played the role of an older Nas, reflecting on his youth on the streets with Jay-Z and Ghostface Killah. Wikipedia