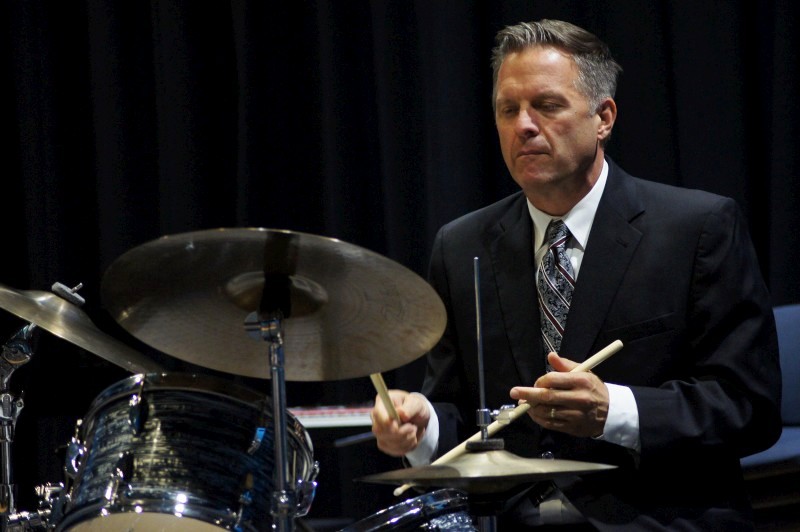 Joe Farnsworth is a well-known jazz drummer, but he’s still just starting to be recognized. Joe Farnsworth was born in South Hadley (Massachusetts) on February 21, 1968 to a musical family. His father, a well-known music teacher, immersed his five children in music. It was clear that Joe, the youngest, would choose music as a career and be a huge success. John, his oldest brother, was a renowned trombone player and saxophone player. Joe was exposed to the music of Count Basie and John Coltrain at 12 and to the drumming of Tony Williams. Joe then sought lessons from Alan Dawson in Boston. He eventually enrolled at William Patterson College in New Jersey. There he made friends with Harold Mabern, who introduced him the tenor saxophonist George Coleman. Farnsworth was greatly influenced by George and Harold Mabern. Joe studied with Art Taylor during this period and made friends with Eric Alexander, a saxophonist. Joe moved to New York City in 1992 with his brother James, a saxophonist with Ray Charles (1992-1999). When he died unexpectedly, Joe was the leader of Friday and Saturday nights at the infamous jazz club Augie’s. There he met and played with Junior Cook, Cecil Payne and Big John Patton. Joe’s undisputed talent and hard work ethic began to pay off. He started working with Jon Hendriks back in 1992, and continued to work with Diana Krall until he was a full member for one year and a half between 1999 and 2000. Joe Farnsworth is a well-respected drummer on the scene. He has over 70 CD’s and has played with many musicians including Wynton Marsalis (Cedar Walton), Pharoah Bernie Sanders, Eric Alexander, Benny Golson, and Eric Alexander. His first album, “Beautiful Friendship”, was recorded by Farnsworth as a leader. It featured Eddie Henderson and Cedar Walton, while “It’s Prime Time”, (88 Records), featured special guests such as Curtis Fuller, Benny Golson, Benny Golson, and Harold Mabern, Jr. Joe has performed on many of the most prestigious stages in America and around the world. He regularly appears at New York City clubs such as The Village Vanguard (Wynton Marsilis, Cedar Walton), Blue Note, Johnny Griffin, Horace Silver), Birdland, Iridium, George Coleman, Pharoah Sands and Jazz at Lincoln Center. He is most likely to be seen backing major artists at top jazz festivals and clubs around the globe in any given year. Farnsworth is also a frequent participant in the Jazz Festival scene. He has performed with Benny Green (Montreal Jazz Festival), Curtis Fuller (Northsea Jazz Festival), Curtis Fuller (Northsea Jazz Festival), Curtis Fuller (Northsea Jazz Festival), Red Sea Festival, and Umbria, to name just a few. Joe is a straight-ahead jazz musician who has been compared to his idol “…in his ability to combine furious play with structural cogency. Orthman continues to describe Joe’s career, including “…venerable leader ranging from George Coleman, Benny Golson, and Cedar Walton, who often call him to light a flame under their bands. His ability to put all sorts of material into motion without fuss and clutter has placed him among a number of older, more traditional musicians such as Eric Alexander, Steve Davis, David Hazeltine, and Jim Rotundi. These young musicians are regulars at Smoke, a NYC jazz club. Farnsworth’s third cd will be released by Commodore Records in Japan in 2006. This album is certain to revolutionize jazz’s drumming scene. “Drumspeak” will be a festival that combines traditional jazz with percussions, drums, and other instruments from Japan, Latin-America and Africa. “Drumspeak” will be released by Commodore Records later in the year. from http://joefarnsworthjazz.com