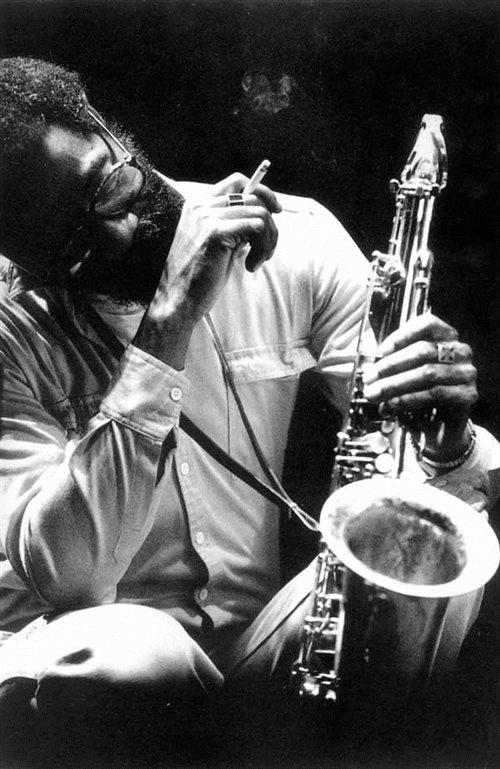 Joe Henderson (1937 – San Francisco, California June 30, 2001) is an American jazz tenor and saxophonist. Henderson was born in Lima (Ohio) on 24 April 1937. Before starting his career in Detroit, Henderson studied music at Wayne State University and Kentucky State College. After a two-year stint in the U.S. Army (1960-1962), Henderson moved to New York where Kenny Dorham was a valuable guide. While Henderson’s first recordings were influenced by hard-bop, his playing encompassed rhythm and blues as well as latin and avant-garde. He joined Horace Silver’s band soon after and played a pivotal solo on the Jukebox hit Song For My Father. In 1966, Henderson left Silver’s band and resumed his freelancing. He also co-led a large band with Kenny Dorham. Henderson’s arrangements were not recorded until 1996, when he released Big Band on Verve Records. Joe was featured on almost thirty Blue Note albums between 1963 and 1968. These recordings included both hard-bop and more avant-garde sessions. Many of his most notable recordings include Horace Silver’s soulful Song For My Father, Herbie Hancock’s densely orchestrated Prisoner and Andrew Hill’s avant-garde Black Fire. A brief association was made with Miles Davis’ famous quintet, which included Herbie Hancock and Wayne Shorter, Ron Carter and Tony Williams in 1967. The band never recorded but Henderson is said to have stolen the show occasionally. In the years that followed, Henderson’s versatility and eclecticism would be even more evident. After a long battle against emphysema, Henderson died of heart failure on 30 June 2001. Text contributed by users is available under Creative Commons By–SA License. It may also be available under GNU FDL.